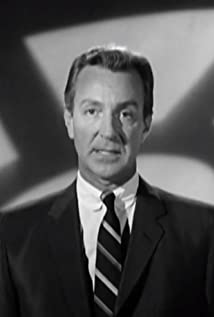 Tall, dignified-looking Newland began in show business as a song-and-dance man with a vaudeville troupe ('The Vikings'), whose trade-mark was wearing gold capes. He acted in stock with the Stuart Walker Company, then found work on the New York stage in tandem with Milton Berle at the Roxy, Capitol and Loew's State Theatres. He also acted in radio and resumed touring nationally on the vaudeville circuit, as well as performing on the legitimate stage in such respected plays as "The Petrified Forest". After wartime service in the Army Air Corps, Newland embarked on a short film career under contract to Warner Brothers, which -- by his own account -- was an 'immediate failure'.He instead turned his hand to directing early television and became best known for his paranormal anthology series One Step Beyond (1959), which he also hosted in his distinctively mellifluous voice and deadpan fashion. This was a good (though rather less well-known) contemporary of The Twilight Zone (1959). It was shot on the MGM lot with full access to the studio's wardrobe department and with a respectable budget of $30,000 to $50,000 per episode. In addition to high production values, the series consistently boasted good actors, including a young Warren Beatty, William Shatner and Suzanne Pleshette. An attempt to resurrect the franchise (The Next Step Beyond (1978)) nearly twenty years later with the same production team failed to re-ignite public interest.Though he considered his work on 'One Step Beyond' as the highlight of his career, Newland continued to be in demand for many more years as a busy television director in a variety of other genres: from soap opera (Peyton Place (1964)), to espionage (The Man Who Never Was (1966)); from westerns (Daniel Boone (1964)) to cop shows (Police Woman (1974)). Until the mid-70's, his sonorous voice also continued to resound on radio's CBS Mystery Theater.

Don't Be Afraid of the Dark

My Lover, My Son