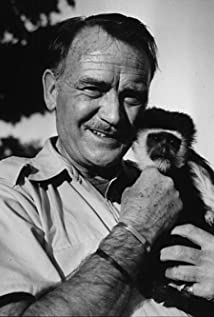 Sir John Mills, one of the most popular and beloved English actors, was born Lewis Ernest Watts Mills on February 22, 1908, at the Watts Naval Training College in North Elmham, Norfolk, England. The young Mills grew up in Felixstowe, Suffolk, where his father was a mathematics teacher and his mother was a theater box-office manager. The Oscar-winner appeared in more than 120 films and TV movies in a career stretching over eight decades, from his debut in 1932 in Midshipmaid Gob (1932) through Bright Young Things (2003) and The Snow Prince (2009).After graduating from the Norwich Grammar School for Boys, Mills rejected his father's academic career for the performing arts. After brief employment as a clerk in a grain merchant's office, he moved to London and enrolled at Zelia Raye's Dancing School. Convinced from the age of six that performing was his destiny, Mills said, "I never considered anything else."After training as a dancer, he started his professional career in the music hall, appearing as a chorus boy at the princely sum of four pounds sterling a week in "The Five O'Clock Revue" at the London Hippodrome, in 1929. The short, wiry song-and-dance man was scouted by Noël Coward and began to appear regularly on the London stage in revues, musicals and legitimate plays throughout the 1930s. He appeared in a score of films before the war, "quota quickies" made under a system regulating the import of American films designed to boost local production. He was a juvenile lead in The Ghost Camera (1933), appeared in the musical Car of Dreams (1935), and then played lead roles in Born for Glory (1935), Nine Days a Queen (1936) and The Green Cockatoo (1937). His Hollywood debut was in Goodbye, Mr. Chips (1939) with Robert Donat, but he refused the American studios' entreaties to sign a contract and stayed in England.Mills relished acting in films, finding it a challenge rather than the necessary economic evil that many English actors at the time, such as Laurence Olivier, felt it was, and it was the cinema that would make him an internationally renowned star. He anchored his film career in military roles, such as those in his early pictures Born for Glory (1935) (a.k.a. "Forever England") and Raoul Walsh's You're in the Army Now (1937). He appeared in the classic In Which We Serve (1942), where he worked with his mentor Coward and with Coward's co-director David Lean, who would go on to direct Mills in some of his most memorable performances.Throughout his film career Mills played a wide variety of military characters, portraying the quintessential English hero. He later tackled more complex characterizations, such as the emotionally troubled commander in Tunes of Glory (1960). He also played Field Marshal Haig in the satire Oh! What a Lovely War (1969) that mocked the entire genre. However, it was in his World War II films, which included We Dive at Dawn (1943), Waterloo Road (1945) and Johnny in the Clouds (1945), that Mills established himself as an innovative English film star.With his ordinary appearance and everyman manner, Mills seemed "the boy-next-door," but the Mills hero was decent, loyal and brave, as well as tough and reliable under stress. In his military roles, he managed throughout his career to include enough subtle variations on the Mills heroic type to avoid appearing typed. He could play such straight heroes as Scott of the Antarctic (1948) as well as deconstruct the type in Ice Cold in Alex (1958) and "Tunes of Glory." The latter film features one of his finest film roles, that of the brittle Col. Basil Barrow, the new commander of a Scots battalion. Mills superbly played an emotionally troubled martinet in a role originally slated for Alec Guinness, his Great Expectations (1946) co-star, who decided to take the flashier role of the colonel's tormentor. It was one of Mills' favorite characters.No male star of English cinema enjoyed such a long and rewarding career as a star while appearing predominantly in English films. As an actor, Mills chose his roles on the basis of the quality of the script rather than its propriety as a "star" turn. Because of this, he played roles that were more akin to character parts, such as shoemaker Willy Mossop in Hobson's Choice (1954). As he aged, his proclivity for well-written roles enabled him to make a seamless transition from a lead to character lead to character actor from the 1950s to the 1960s.Almost 40 years after his film debut, Mills won the Best Supporting Actor Academy Award for playing the mute village idiot in Lean's Ryan's Daughter (1970), an uncharacteristic part. In addition to "In Which We Serve" and "Ryan's Daughter," Lean had also directed Mills in memorable performances in This Happy Breed (1944) and "Hobson's Choice". He gave one of his finest turns as Pip in Lean's masterpiece "Great Expectations", in which Mills' performance was central to the success of the picture.Other significant films in which Mills appeared include The Rocking H

The Story of Bean

The Lady and the Highwayman