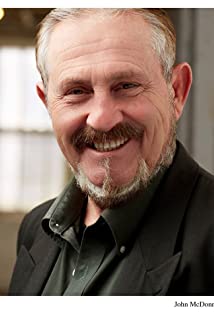 When John was a lad in second grade he got the chance to play the part of Louis in Immaculata High School's production of The King and I. While attending St. Benedict High School in Chicago, he participated in every theatrical production offered. As a young man John joined, Theatre First, the theatrical troupe that played out of The Anthenaeum Theater in Chicago. He received some training at Ted Liss Studio in Chicago and at Northwestern University. While auditing classes at Northwestern, John had the opportunity of doing supporting roles with Marg Helgenberger of TV's CSI and with Julia Louis-Dreyfus of Seinfeld, plus many other gifted actors who trod the boards of Northwestern U. When "Murder Mystery Dinner Theater" first came to Chicagoland, John was a member of the original troupe, and quietly and steadfastly portrayed good guys and bad guys alike for almost thirty years. While John still enjoys theatre, today he mainly participates in independent films, video productions, commercials, and industrial films.