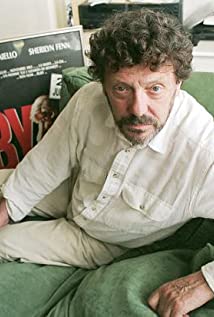 A solid and reliable filmmaker with frequent flairs of brilliance, Mackenzie gave up a career in acting because of a desire to control what he was doing. He assisted Ken Loach on his classic early TV plays such as The Wednesday Play: Cathy Come Home (1966), which inspired him and gave him the best training a TV director could dream of. It also taught him how to work with local people when filming on location and how to work quickly. But his interest was more in storytelling than political filmmaking and he began directing himself, with fabulous results.He made three features early in his career, the best being Unman, Wittering and Zigo (1971), a superb Hitchcockian thriller which proved his skill at suspense, something his no-one seemed to remember for another ten years. He returned to TV to enjoy the golden age on Play for Today (1970), and formed a fruitful collaboration with Scottish writer Peter McDougall for four brilliant films. The first, Play for Today: Just Another Saturday (1975), won the Prix Italia. Mackenzie also directed Dennis Potter's Play for Today: Double Dare (1976) superbly and produced a huge body of work including Play for Today: Red Shift (1978), Play for Today: A Passage to England (1975) and Play for Today: Shutdown (1973).He always showed a brilliant ability to draw honest and natural performances from his actors, and frequently cast comedians or singers. He moved to features decisively with The Long Good Friday (1980) but a decade spent in Hollywood proved unfulfilling, artistically. Although he never achieved the recognition he richly deserved, Mackenzie was one of Britain's finest filmmakers.

When the Sky Falls

The Last of the Finest