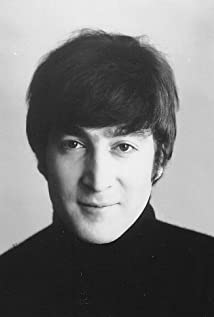 John Winston (later Ono) Lennon was born on October 9, 1940, in Liverpool, England, to Julia Lennon (née Stanley) and Alfred Lennon, a merchant seaman. He was raised by his mother's older sister Mimi Smith. In the mid-1950s, he formed his first band, The Quarrymen (after Quarry Bank High School, which he attended) who, with the addition of Paul McCartney and George Harrison, later became The Beatles.After some years of performing in Liverpool and Hamburg, Germany, "Beatlemania" erupted in England and Europe in 1963 after the release of their singles "Love Me Do" and "Please Please Me". That same year, John's first wife Cynthia Lennon welcomed their only son Julian Lennon, named after John's mother. The next year the Beatles flew to America to appear on The Ed Sullivan Show (1948) (aka The Ed Sullivan Show), and Beatlemania spread worldwide. Queen Elizabeth II granted all four Beatles M.B.E. medals in 1965, for import revenues from their record sales; John returned his four years later, as part of an antiwar statement. John and the Beatles continued to tour and perform live until 1966, when protests over his calling the Beatles phenomenon "more popular than Jesus" and the frustrations of touring made the band decide to quit the road. They devoted themselves to studio work, recording and releasing albums such as "Sgt. Pepper's Lonely Hearts Club Band", "Magical Mystery Tour" and the "White Album". Instead of appearing live, the band began making their own "pop clips" (an early term for music videos), which were featured on television programs of the time.In the late 1960s John began performing and making albums with his second wife Yoko Ono, as the Beatles began to break up. Their first two albums, "Two Virgins" and "Life With The Lions", were experimental and flops by Beatles standards, while their "Wedding Album" was almost a vanity work, but their live album "Live Peace In Toronto" became a Top Ten hit, at the end of the 1960s.In the early 1970s John and Yoko continued to record together, making television appearances and performing at charity concerts. After the release of John's biggest hit, "Imagine", they moved to the US, where John was nearly deported because of his political views (a late-'60s conviction for possession of hashish in the U.K. was the excuse given by the government), but after a four-year legal battle he won the right to stay. In the midst of this, John and Yoko separated for over a year; John lived in Los Angeles with personal assistant May Pang, while Yoko dated guitarist David Spinozza. When John made a guest appearance at Elton John's Thanksgiving 1974 concert, Yoko was in the audience, and surprised John backstage. They reconciled in early 1975, and Yoko soon became pregnant. After the birth of their son Sean Lennon, John settled into the roles of "househusband" and full-time daddy, while Yoko became his business manager; both appeared happy in their new life together.After a five-year break from music and the public eye, they made a comeback with their album "Double Fantasy", but within weeks of their re-emergence, Lennon was murdered on the evening of December 8, 1980 by Mark David Chapman, a one-time Beatles fan angry and jealous over John's ongoing career, who fatally shot Lennon four times in the back outside his apartment building, The Dakota, as Lennon was returning from a recording session. Within minutes after being shot, John Lennon was dead at age 40. His violent death was a sudden and tragic end to the life of a talented singer and musician who wanted to make a difference in the world.

The Beatles: Get Back

It Was Fifty Years Ago Today... Sgt Pepper and Beyond