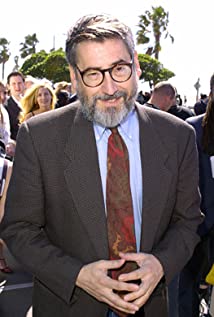 John Landis began his career in the mail room of 20th Century-Fox. A high-school dropout, 18-year-old Landis made his way to Yugoslavia to work as a production assistant on Kelly's Heroes (1970). Remaining in Europe, Landis found work as an actor, extra and stuntman in many of the Spanish/Italian "spaghetti" westerns. Returning to the US, he made his feature debut as a writer-director at age 21 with Schlock (1973), an affectionate tribute to monster movies. Clad in a Rick Baker-designed gorilla suit, Landis starred as "Schlockthropus", the missing link. After working as a writer, actor and production assistant, Landis made his second film, The Kentucky Fried Movie (1977), in collaboration with the Zucker brothers and Jim Abrahams. Landis rose to international recognition as director of the wildly successful National Lampoon's Animal House (1978). With blockbusters such as The Blues Brothers (1980), Trading Places (1983), Spies Like Us (1985), Three Amigos! (1986) and Coming to America (1988), Landis has directed some of the most popular film comedies of all time. Other feature credits include Into the Night (1985), Innocent Blood (1992) and the comedy/horror genre classic An American Werewolf in London (1981), which he also wrote. In 1986, Landis and four others were acquitted of responsibility for the tragic accident that occurred in Landis' segment of Twilight Zone: The Movie (1983) in which actor Vic Morrow and two child actors were killed. The film also included segments directed by Joe Dante, George Miller and Steven Spielberg. In 1983 Landis wrote and directed the groundbreaking music video of Michael Jackson's Michael Jackson: Thriller (1983), created originally to play as a theatrical short. "Thriller" forever changed MTV and the concept of music videos, garnering multiple accolades including the MTV Video Music Awards for Best Overall Video, Viewer's Choice, and the Video Vanguard Award - The Greatest Video in the History of the World. In 1991 "Thriller" was inducted into the MVPA's Hall of Fame. In 1991, Landis collaborated again with Jackson (I) on Michael Jackson: Black or White (1991), which premiered simultaneously in 27 countries with an estimated audience of 500 million. Although it was not the first motion picture or music video to do so, "Black or White" popularized the use of "digital morphing", where one object appears to seamlessly metamorphoses into another; the project raised the standard for state-of-the-art special effects in music videos. Landis has also been active in television as the executive producer (and often director) of the Ace- and Emmy Award-winning HBO series Dream On (1990). Other TV shows produced by his company, St. Clare Entertainment (St. Clare is the patron saint of television), include Weird Science (1994), Sliders (1995), Honey, I Shrunk the Kids: The TV Show (1997), Campus Cops (1995) and The Lost World (1998). In 2004 the Independent Film Channel broadcast his feature-length documentary about a used-car salesman, Slasher (2004). Deer Woman, an original one-hour episode written by Landis and his son Max Landis, inaugurated the Masters of Horror (2005) series in the fall of 2005 on Showtime. "Masters of Horror" also features one-hour episodes by John Carpenter, Roger Corman, Tobe Hooper, Don Coscarelli, Mick Garris, Dario Argento and Larry Cohen.A sought-after commercial director, Landis has worked for a variety of companies including Direct TV, Taco Bell, Coca Cola, Pepsi, Kellogg's and Disney. He was made a Chevalier dans l'ordre des Arts et des Lettres by the French government in 1985, awarded the Federico Fellini Prize by Rimini Cinema Festival in Italy and was named a George Eastman Scholar by The Eastman House in Rochester, New York. Both the Edinburgh Film Festival and the Torino Film Festival have held career retrospectives of his films. In 2004 Landis received the Time Machine Career Achievement Award at the Sitges Film Festival in Spain. Sent as a filmmaker/scholar by the Academy of Motion Pictures Arts & Sciences, Landis has lectured at many film schools and universities including Yale, Harvard, NYU, UCLA, UCSB, USC, Texas A&M, The North Carolina School of the Arts, University of Miami and Indiana University. He has also acted as a teacher and advisor to aspiring filmmakers at the Sundance Institute in Utah. Additionally, he edited Best American Movie Writing 2001 (Thunder's Mouth Press, NY, 2001). Born in Chicago, Illinois, Landis moved to Los Angeles soon after his birth. He is married to Deborah Nadoolman, an Oscar-nominated costume designer, and President of the Costume Designers Guild, with whom he has two children.

Attack of the 50 Foot Cheerleader