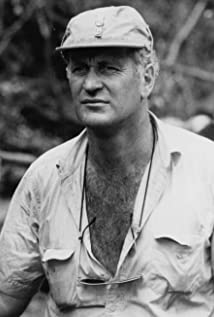 John Irvin is a British director who has made more than thirty motion pictures in his career so far.Born in England, Irvin began his career working for British Movietone News. He directed his first film "Gala Day" a documentary financed by the British Film Institute which was bought by the BBC. Within the same year his documentary "Inheritance" was released, winning a British Film Academy Award.Throughout the Sixties, Irvin made numerous award-winning documentaries for his own company Mithras Films, the BBC and ITV; culminating in the Omnibus film "Beautiful, Beautiful" (1969) about war photographers, featuring Don McCullen, Larry Burrows, and Eugene Smith shot in Vietnam and New York.At the start of the Seventies Irvin began a career in Television Drama with "Captain Cook" for Time-Life BBC, the pilot for the BAFTA award-winning series "Explorers". Irvin then directed the multi-award winning TV Dramas "The Nearly Man" and "Hard Times" for Granada TV and the hugely successful "Tinker, Tailor, Soldier, Spy" for the BBC starring Alec Guinness. At this time Hollywood beckoned.For the next thirty years Irvin made, and is still making, feature films for cinema and television release, he has worked for most of the major studios. His first theatrical motion picture "Dogs Of War" (1980) starring Christopher Walken and Tom Berenger, concerns a military coup in an African country. Irvin followed this with the successful horror film "Ghost Story (1981) starring Fred Astaire, Melvyn Douglas, Douglas Fairbanks Jr. and John Houseman. The film was the third highest grossing horror film of its year.Next, Irvin made the biographical film "Champions" (1984) starring John Hurt. "Turtle Diary" (1985) was adapted for the screen by Harold Pinter and starred Ben Kingsley, Glenda Jackson and Michael Gambon. Then "Raw Deal" (1986) starring Arnold Schwarzenegger.Hamburger Hill (1987) starring Don Cheadle, Dylan McDermott, Michael Boatman, Steven Weber and Courtney B. Vance was a very realistic interpretation of one of the bloodiest battles of the Vietnam War and is considered one of the most visually effective Vietnam War films. Irvin then made the crime thriller "Next Of Kin" (1989) starring Patrick Swayze and Liam Neeson. "Eminent Domain" (1991) starred Donald Sutherland and Anne Archer. Next "Robin Hood" (1991) starred Patrick Bergin and Uma Thurman. "Widows Peak" (1993) starring Mia Farrow, Joan Plowright, Natasha Richardson Jim Broadbent and Adrian Dunbar. Then "A Month By The Lake" (1994) starring Vanessa Redgrave, Edward Fox and Uma Thurman. etc... In a newly published anthology of war films, Irvin's "Hamburger Hill" and "When Trumpets Fade"(HBO) were cited as two of the greatest war films ever made.More recently Irvin has been making indie pictures in Europe. These include "Shiner" (2000) starring Michael Caine, "The Boys and Girl from County Clare" (2003) starred Andrea Corr and Colm Meaney. "The Moon And The Stars" (2006) starring Alfred Molina, Catherine McCormack and Jonathan Pryce.Irvin now lives in London and is co-founder with producer Claire Evans of DearHeart Productions. "Mandela's' Gun" was their first feature. Developed and researched by John and Claire, it took five years to produce and was shot in 6 countries. It is now a major feature film due for release in the autumn of 2018. DearHeart Productions have a three picture slate of films in development and have just completed pre-production on their next feature "Goose Green" an epic British war film about the battle for Goose green during the Falklands War of 1982.

The Writer with No Hands

The Garden of Eden

The Moon and the Stars

The Fine Art of Love: Mine Ha-Ha

The Boys & Girl from County Clare

A Month by the Lake