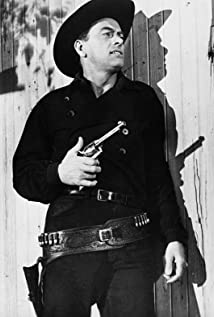 Born in Canada, John Ireland was raised in New York. Performing as a swimmer in a water carnival, he moved into the legitimate theater, often appearing in minor roles in Broadway plays. His first big break in pictures came in 1945 when he appeared as Windy the introspective letter-writing G.I. in the classic war epic A Walk in the Sun (1945). Ireland was then often featured (mostly as a heavy) in several films. In 1949, he was nominated for best supporting actor for his role as the reporter in All the King's Men (1949). During the early 1950s, Ireland often starred as the emoting, brooding hero, almost exclusively in "B" pictures. In 1953, with his son Peter Ireland and wife, Joanne Dru, Ireland co-produced and co-directed the western mini-classic Hannah Lee: An American Primitive (1953) (aka Outlaw Territory). From the mid-'50s on. he appeared mainly in Italian "quickie" features and showed up occasionally in supporting roles in major pictures (Spartacus (1960)). Occasionally, his name was mentioned in tabloids of the times, in connection with young starlets, namely Natalie Wood and Sue Lyon. He was to play the role of the patriarch on the Ponderosa in Bonanza: The Next Generation (1988) but the series was not picked up. In addition to Hannah Lee: An American Primitive (1953), his best work was in Little Big Horn (1951) and The Bushwhackers (1952). In his later years, he owned and operated a tiny restaurant, Ireland's, in Santa Barbara, California.

Sundown: The Vampire in Retreat

Perry Mason: The Case of the Lady in the Lake

Treasure of the Amazon