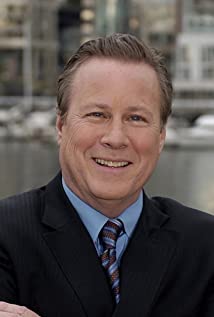 John Heard was a very talented actor who established himself as a respected thespian in the late 1970s and early '80s, though he is perhaps better known for his turn as Peter McCallister, Kevin McCallister's (Macaulay Culkin) father in the Home Alone (1990) movies.John was born in Washington, D.C., to Helen (Sperling), who acted in community theatre, and John Heard, who worked for the U.S. government. John established himself with roles in the movies Between the Lines (1977), Chilly Scenes of Winter (1979) (a.k.a. "Head Over Heels"), and Heart Beat (1981) (in which he played Jack Kerouac to Nick Nolte's Neal Cassady and Sissy Spacek's Carolyn Cassady), before giving a tour de force performance as a hideously wounded (both physically and psychologically) Vietnam veteran in Cutter's Way (1981) (a.k.a. "Cutter and Bone") opposite Jeff Bridges. He also shined as Reverend Dimmesdale (one of America's first religious hypocrites) in the 1979 PBS version of Nathaniel Hawthorne's The Scarlet Letter (1979).Both "Chilly Scenes of Winter" and "Cutter's Way" (originally released as "Head Over Heels" and "Cutter and Bone", respectively) had been re-released under new titles after failing in their first go-rounds, such was the quality of the films. The two re-releases helped redefine the practice by which major studios handled smaller, art house quality pictures by releasing them carefully to select theaters with bespoke marketing campaigns so they reached the proper audience. (Studios would later develop their own art film-independent film subsidiaries to handle such pictures, so they didn't "fall through the cracks" like the first releases of the two Heard films.)By the early 1980s, Heard seemed on his way to establishing himself as a major American actor, if not on the path to movie stardom. At the time, there was a joke that involved confusing Heard with John Hurt and William Hurt because of the similarity of their last names. At the time these contemporaries were considered equal in terms of their star power.In the early '80s, it would not have been unreasonable to predict that Heard would become an Oscar winner or a multiple nominee. He continued to work on A-List projects, playing the not-so-sympathetic son to Geraldine Page in The Trip to Bountiful (1985) (for which Page won her own Oscar) and Tom Hanks's adult rival in Big (1988), but by the latter part of the decade he had failed to establish himself as a leading man and was playing supporting roles. Also appearing on television, he was nominated for an Emmy for his turn as a corrupt police detective on The Sopranos (1999).John Heard died on July 21, 2017, in Palo Alto, California.