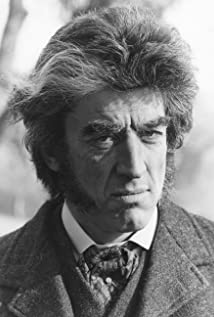 Talented and diverse Northern Ireland born character actor whose career has embraced British institutions from Raffles to Dr Who.After apprenticing in provincial theatre this commanding, actor appeared in two contrasting war films in 1968 - The Charge of the Light Brigade and Carry On up the Khyber. His next two roles were equally diverse - appearing in the unusual John Huston directed A Walk with Love and Death, then with cheeky Cockney Tommy Steele in Where's Jack? By this stage his career had gathered some momentum and in 1971 he worked with several luminaries - Peter O'Toole in Murphy's War, Michael Caine and Omar Sharif in The Last Valley and Richard Burton in Villain. In 1973 it was the hard-bitten crime drama The Offence with Sean Connery and he also worked with Joss Ackland and James Cossins in Hitler: The Last Ten Days. That year he also featured in bona fide classic The Wicker Man.If film work wasn't hugely successful in the next few year, he kept himself working with a variety of roles in television in a diverse range of shows - Emmerdale Farm, Raffles, Return of the Saint. 1980 and 1981 saw roles in a couple of fantasy-spectaculars, Flash Gordon and special-effects bonanza Dragonslayer. It was 1991 before he returned to cinemas in any significant way, though, in Robin Hood: Prince of Thieves, then in 1997 in another fantasy adventure Kull the Conqueror. Meanwhile he appeared in popular soap opera Eastenders as 'Barnsey' Barnes for 2 years between 1988-90.Often portrayed as a hardman or heavy onscreen, offscreen Hallam likes gardening!

The Memoirs of Sherlock Holmes

Prince Caspian and the Voyage of the Dawn Treader

When the Whales Came