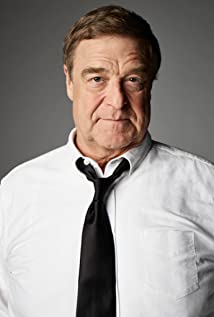 John Stephen Goodman is a U.S. film, television, and stage actor. He was born in St. Louis, Missouri, to Virginia Roos (Loosmore), a waitress and saleswoman, and Leslie Francis Goodman, a postal worker who died when John was a small child. He is of English, Welsh, and German ancestry. John is best known for his role as Dan Conner on the television series Roseanne (1988), which ran until 1997, and for which he won a Best Actor Golden Globe award in 1993. Goodman is also noted for appearances in the films of the Coen brothers, with prominent roles in Raising Arizona (1987), as an escaped convict, in Barton Fink (1991), as a congenial murderer, in The Big Lebowski (1998), as a volatile bowler, and in O Brother, Where Art Thou? (2000), as a cultured thief. Additionally, Goodman's voice work has appeared in numerous Disney films, including the voice for "Sulley" in Monsters, Inc. (2001). Having contributed to more than 50 films, Goodman has also won two American Comedy Awards and hosted Saturday Night Live (1975) fourteen times.