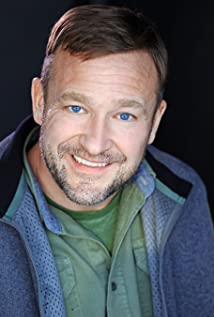 John's passion for Acting and Movie making started when he picked up his Dads camcorder back in the early 80's growing up in Central Ohio. Making Monster Movies and slasher flicks...were his favorite! Instead of school papers on class projects growing up in school;...he always led a team to put something on VHS tape.John went on to study Electronic Media and was a College Conservatory of Music Graduate at the University of Cincinnati in the late 1990's.He decided not to make the jump into the business at the time and turned to sales...where he has happily remained since.After the sudden loss of his father in 2016...John decided to live out the words he read at his fathers funeral. "Live Every Day like It's your last....Live life to the fullest"John went to an open casting call in early 2017. John received a call from a casting directer offering him play a part in his 1st feature film on what would have been his fathers 71st Birthday.John saw that as a sign...and has jumped back into acting class and spend every free moment...honing his skills to his new discovered passion.John loves his family, and loves working with those that are passionate for what they do.