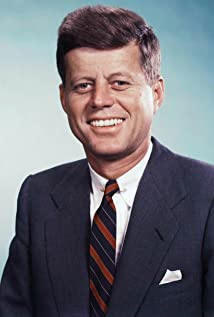 John Fitzgerald Kennedy was born on May 29, 1917 in Brookline, Massachusetts, to Rose Kennedy (née Rose Elizabeth Fitzgerald) and Joseph P. Kennedy. John was named after his maternal grandfather, John "HoneyFitz" Fitzgerald, the mayor of Boston. John was very ill as a child and was given the last rites five times, the first one being when he was a new-born. He was the second of four boys born to an Irish Catholic family with nine children: Joseph Jr., John, Robert F. Kennedy (called Bobby), and Ted Kennedy (born Edward). Because Rose made Joe and Jack (the name his family called him) wear matching clothes, they fought a lot for attention. When John was young, the family moved from Boston to New York. John went to Choate, a private school. Most of the time, though, he was too sick to attend. In the late 1930s, father Joe became the ambassador to England. He took sons John and Robert with him, as well as his wife and daughters Kathleen and Rosemary Kennedy. John went to Princeton, then Harvard, and for his senior thesis, he wrote a piece about why England refused to get into the war until late. It was published in 1940 and called "Why England Slept". His older brother Joe was a pilot during the war, and was killed when the bombs his plane was carrying exploded. Not long after that, John's sister Kathleen and her husband died in a plane crash. In the early 1950s, John ran for Congress in Massachusetts and won. He married Jacqueline Kennedy (née Jacqueline Lee Bouvier) on September 12, 1953. Their daughter, Caroline Kennedy, was born on November 27, 1957 and their son, John Kennedy Jr., was born on November 25, 1960. They also had a stillborn daughter named Arabella and a son named Patrick Bouvier, who died a few days after birth. In 1954, J.F.K. had to have back surgery and in the hospital wrote his second book, "Profiles in Courage". His father always said that his son Joe was going to be President of the U.S.; when he died in World War II, though, that task was passed on to John. He ran for president in 1960 against Richard Nixon and narrowly won. His administration had many conflicts, the Bay of Pigs and the Cuban Missile Crisis being key examples. In November 1963, he and Jackie (his wife's nickname) went on a trip to Texas. Everywhere they went there were signs saying "Jack and Jackie." On November 22, 1963, John was to give a speech in Dallas, but on his way an assassin hidden on the sixth floor of the Texas School Book Depository opened fire at Kennedy, who was riding in an open car. Hit twice and severely wounded, Kennedy died in a local hospital at 1:00 P.M. The alleged assassin, Lee Harvey Oswald, was captured a short time later after shooting and killing a Dallas policeman, and was himself assassinated before he could be thoroughly interrogated, let alone tried. In just a little bit of irony, considering the death of Abraham Lincoln a century earlier, Kennedy was shot in a Ford Lincoln (Lincoln was in Ford's Theater when he was shot). He was laid to rest on his son's third birthday.