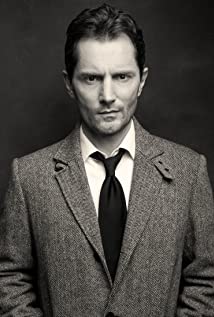 John Emmet Tracy is an American theatre, film and television actor. The second of four children, he was born in Chicago and raised in both Chicago and Milwaukee. As a child, he was drawn to acting by an early love for storytelling. He formed his first theatrical partnership at the age of seven with his sister Kristin, and the duo became famous throughout their basement for vaudevillian cabaret shows. John's further theatrical renown came with performances in such roles as a Lactobacillus Acidophilus bacteria in his second grade tooth decay pageant, a riveting turn as Mr. History Book, and eventually as a Tree, for which he was critically acclaimed for his stillness.Expanding on this early repertoire, John has since worked extensively in theatre, film and television. He has performed on stages throughout the world, including Shakespeare's Globe Theatre in London, where he was selected as a company member of the Globe's International Actors' Fellowship, and in Japan, where he toured as the title role in Hamlet. He has appeared in over 100 productions, including the works of William Shakespeare, Anton Chekhov, George Bernard Shaw, Richard B. Sheridan, Arthur Miller, Christopher Fry, John Patrick Shanley, Neil Simon and Conor McPherson among many others. He is the recipient of the 2013 Jessie Richardson Theatre Award for Outstanding Performance by an Actor in a Lead Role for his work in Pi Theatre's production of Mark O'Rowe's Terminus. John is also the creator of The 24 Hour Shakespeare Project, for which he performed continuously for 24 straight hours in all 38 of Shakespeare's plays to raise money for British Columbia Children's Hospital.His film work includes appearances in Fifty Shades Freed (2018), If I Stay (2014), American Mary (2012), Stagecoach: The Texas Jack Story (2016) and Steven Spielberg's The BFG (2016). He portrayed Edgar John Brandon, father of Mary Alice Brandon in The Mary Alice Brandon File (2015), the winning entry into The Storytellers: New Voices Of Twilight Saga, a filmmaking competition created by Twilight Saga author Stephenie Meyer to offer aspiring female filmmakers the opportunity to direct short films based on characters from the Twilight universe.He has performed lead, recurring and supporting roles in many television shows, including Altered Carbon (2018), iZombie (2015), The Man in the High Castle (2015), Supernatural (2005), Smallville (2001), When Calls the Heart (2014), ReBoot: The Guardian Code (2018), Fringe (2008), Olympus (2015), The Killing (2011), Continuum (2012), Girlfriends' Guide to Divorce (2014), Sanctuary (2008), Psych (2006), Fairly Legal (2011) and The Dead Zone (2002).He portrayed Thomas Jefferson in both Assassin's Creed III (2012) and Assassin's Creed III: The Tyranny of King Washington (2013), the third installment and DLC respectively, of the multiple award winning and critically acclaimed video game series. He has also appeared in multiple commercials, music videos and voice-overs.John received his education and training at Rose Bruford College, where he earned a Bachelor's Degree in Theatre, as well as at the Royal Academy of Dramatic Art (RADA) in London and the National Shakespeare Conservatory in New York.