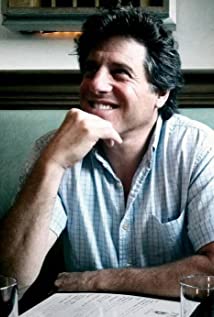 John Coles is an award-winning director and producer known for evocative material with compelling performances from some of today's most respected actors. He has enjoyed success in features, television and theater while his production company, Talking Wall Pictures, has focused on the development of cutting-edge feature and television projects.Coles was nominated for an Emmy and a PGA award for his work as an Executive Producer and Director on the Netflix phenomenon House of Cards. His recent directing credits include The Right Stuff, the Emmy Award-winning Homeland, the Epix original series Berlin Station, 11/22/63 for Hulu, and Amazon's Mad Dogs. Other credits include Bates Motel, Power, Damages, Justified, Sex and the City, and The West Wing. Executive Producer credits include Thief,Elementary, Unforgettable, 3LBS, Law and Order: Criminal Intent, New Amsterdam, and Wonderland. Most recently he was the Executive Producer on USA's hit drama The Sinner.Coles shot his first full length 16mm film at 17 - a wry update of Casablanca re-imagined in a high school. While at Amherst College he directed a documentary about the school that was aired on PBS, and soon after was making short films for Saturday Night Live. He then went on to become an editor on Francis Coppola's Rumble Fish and The Cotton Club. His feature directorial debut, Signs Of Life won the International Critics Prize at Deauville. Other long form credits include Rising Son with Matt Damon and Brian Dennehy, and Darrow with Kevin Spacey.Coles continues to write and create original dramas through Talking Wall Pictures, which produced the CBS drama Songs in Ordinary Time (based on the Oprah Book Club pick) starring Sissy Spacek and Beau Bridges and co-created and executive produced the series Crash and Burn. Talking Wall has developed numerous projects with HBO, CBS, New Line, IFC, Bravo and worked with numerous distinguished writers, including Academy Award nominated Mike Weller (Hair), Pulitzer Prize winner Doug Wright (Quills), Kate Robin (Six Feet Under) and Ann Peacock (Nights in Rodanthe).In the theatre world, Coles was a member of the Circle Rep Lab and an alumnus of Wynn Handman at the American Place Theater. His Off-Broadway credits include directing the critically acclaimed play The Impostor starring Austin Pendleton and Calista Flockhart, as well as Johnny Suede, starring Tom DiCillo.Coles lives in New York. He is a Sundance Director's Lab Alumni, and has taught at the Columbia University Graduate Film Program, NYU Tish School of the Arts, and the School of Visual Arts.