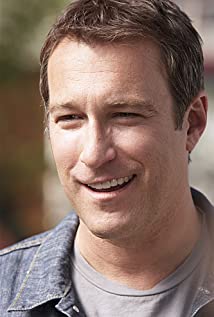 John Corbett is an American actor who received Primetime Emmy Award and Golden Globe Award nominations for Best Supporting Actor, for his role as Chris Stevens in Northern Exposure (1990), and a Golden Globe Award nomination for Best Supporting Actor for his role as Aidan Shaw in Sex and the City (1998).John was born John Joseph Corbett on May 9, 1961 in Wheeling, West Virginia, to Sandra (Pavilack) and John Marshall Corbett. He is of English, Irish, Lithuanian, and Russian-Jewish descent. John was raised Catholic, and graduated from Wheeling Central Catholic High School in 1979. He subsequently worked at a boiler-making factory in California for six years. After sustaining an injury, he left the factory to enroll at Cerritos College in Norwalk, California to study hairdressing, and took acting classes in the evenings.Corbett began his acting career with a guest role in The Wonder Years (1988). His breakthrough role came two years later when he was cast as Chris Stevens in Northern Exposure (1990), for which he received Primetime Emmy Award, Golden Globe Award, and Screen Actors Guild Award nominations. He then played the lead role in The Visitor (1997), for which he received a Saturn Award nomination for Best Actor. Corbett portrayed one of Sarah Jessica Parker's love interests in Sex and the City (1998), for which he received his second Golden Globe Award nomination for Best Supporting Actor.In 2002, he starred as the male lead opposite Nia Vardalos in the blockbuster romantic comedy My Big Fat Greek Wedding (2002), and reprised his role in its sequel, My Big Fat Greek Wedding 2 (2016). Corbett also starred as the husband of Toni Collette's character in United States of Tara (2009), and portrayed guitarist Josiah 'Flash' Bacon in Sex & Drugs & Rock & Roll (2015).Corbett has been in a relationship with actress Bo Derek since 2002, and the couple reside on a ranch in Santa Ynez, California. Aside from acting, he has released two country music albums, "John Corbett" in 2006 and "Leaving Nothin' Behind" in 2013.

The Boy Next Door