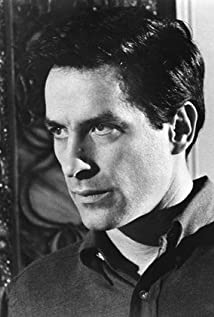 John Cassavetes was a Greek-American actor, film director, and screenwriter. He is considered a pioneer of American independent film, as he often financed his own films.Cassavetes was born in New York City in 1929 to Nicholas John Cassavetes (1893-1979) and his wife, Katherine Demetre (1906-1983). Nicholas was an immigrant from Greece, while Katherine was Greek-American and had been born in New York City. The Cassavetes family moved back to Greece in the early 1930s, and John learned Greek as his primary language. The family moved back to the United States around 1936, possibly to evade Greece's new dictatorship, the 4th of August Regime (1936-1941). Young John had to learn to speak English. He spent his late childhood and most of his teenage years in Long Island, New York. From 1945-47, he attended the Port Washington High School. He wrote for the school newspaper and the school yearbook. The 18-year-old Cassavetes was then transferred to the Blair Academy, a boarding school located in Blairstown, New Jersey.. When the time came for him to start college, Cassavetes enrolled at Champlain College (in Burlington, Vermont) but was expelled owing to poor grades.After a brief vacation to Florida, Cassavetes enrolled at the American Academy of Dramatic Arts (AADA), in New York City. Several of his old friends were already students there and had recommended it to Cassavetes, who would be mentored by Don Richardson (1918-1996). After graduating, he began to regularly perform on stage while also appearing in small roles in films and television shows.Cassavetes's first notable film role was that of Robert Batsford, one of the three villains (along with Vince Edwards and David Cross) in The Night Holds Terror (1955). His next major role was juvenile delinquent Frankie Dane in the crime film "Crime in the Streets" (1956). He won a lead role in Edge of the City (1957) as drifter Axel Nordmann. His co-star for the film was Sidney Poitier, who played stevedore Tommy Tyler. The film helped break new ground, portraying a working-class interracial friendship. Cassavetes gained critical acclaim for his role, and film critics compared him to Marlon Brando. Cassavetes's success as an actor led to his becoming a contract player for MGM. In 1959, he directed his first film, Shadows (1958). It depicted the lives of three African-American siblings in New York City. It won the Critics Award at the Venice Film Festival.His next directing effort, Too Late Blues (1961), was about the professional and romantic problems of a struggling jazz musician. The film was poorly received at the time, though its autobiographical elements are considered remarkable. Cassavetes then directed A Child Is Waiting (1963), which depicted life in a state institution for mentally handicapped and emotionally disturbed children. The film was a documentary-style portrayal of problems in the social services. It was praised by critics but failed at the box office.In 1968, Cassavetes had a comeback as a director with Faces (1968), which depicts a single night in the life of a middle-aged married couple. After 14 years of marriage, the two feel rather miserable and seek happiness in the company of friends and the beds of younger lovers, but neither manages to cure their sense of misery. The film gained critical acclaim, and, in 2011, was selected for preservation in the United States National Film Registry.Cassavetes returned to the theme of a midlife crisis in his next film, Husbands (1970). The film depicts three middle-aged men, professionally successful and seemingly happily married. The death of a close childhood friend reminds them of their own mortality, and of their fading memories of youth. They flee their ordinary lives with a shared vacation to London, but their attempts to rejuvenate themselves fail. This film attracted mixed reviews, with some critics praising its "moments of piercing honesty" and others finding fault with its rambling dialogue.Cassavetes's next film was Minnie and Moskowitz (1971), about the romantic relationship between a seemingly incompatible couple, jaded museum curator Minnie Moore and the temperamental drifter Seymour Moskowitz. It was well received and garnered Cassavetes a Writers Guild of America Award for Best Comedy Written Directly for the Screen. His next film was A Woman Under the Influence (1974), concerning the effects of mental illness on a working-class family. In the film, ordinary housewife Mabel Longhetti starts displaying signs of a mental disorder. She undergoes psychiatric treatment for six months while her husband, Nick Longhetti, attempts to play the role of a single father. But Nick seems to be a social misfit in his own right, and neither parent seems to be "normal". Cassavetes was nominated for an Academy Award for Best Director for this film, but the award was won by Francis Ford Coppola.Cassavetes next directed the gritty crime film, The Killing of a Chinese Bookie (1976). In the film, Korean War vetera

I'm Almost Not Crazy: John Cassavetes - the Man and His Work