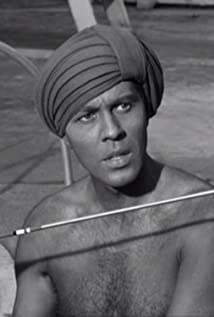 John Carson was a hugely prolific actor who appeared constantly on UK screens throughout the mid-50s until the mid-80s. He has appeared alongside many of the UK's stars and became hugely popular as a villain or hero. The secret of John's success was his versatility and his wonderful silky voice. He appeared in 3 Hammer films which led to an ever-increased popularity amongst film fans. John moved to South Africa from England in the 80s and, sadly, his appearances became far more sporadic although he always kept working, even producing and filming his own short documentary, "African Spirit". He the returned to England in 2007 and has been involved in a few films, such as The Deal (2008). He attended a John Carson Celebration Day in London (July 2009). This was the first time he had talked publicly about his long career in television, film and stage. The day was a huge success and, aside from a showing of two of his films, John gave an interview on stage and then signed autographs. The day was a huge success and this was proved so by a large attendance and the queues for his autograph and photos. John returned to South Africa in 2014 where he spent time with his family and got to relax a little. He sadly passed away on November 5th, 2016, a few weeks before his 90th birthday. He was a fine actor and leaves behind a legacy of his versatility on screen.

I Dreamed of Africa

The Adventures of Sinbad