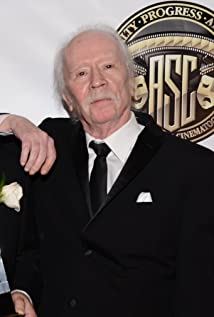 John Howard Carpenter was born in Carthage, New York, to mother Milton Jean (Carter) and father Howard Ralph Carpenter. His family moved to Bowling Green, Kentucky, where his father, a professor, was head of the music department at Western Kentucky University. He attended Western Kentucky University and then USC film school in Los Angeles. He began making short films in 1962, and won an Academy Award for Best Live-Action Short Subject in 1970, for The Resurrection of Broncho Billy (1970), which he made while at USC. Carpenter formed a band in the mid-1970s called The Coupe de Villes, which included future directors Tommy Lee Wallace and Nick Castle. Since the 1970s, he has had numerous roles in the film industry including writer, actor, composer, producer, and director. After directing Dark Star (1974), he has helmed both classic horror films like Halloween (1978), The Fog (1980), and The Thing (1982), and noted sci-fi tales like Escape from New York (1981) and Starman (1984).

The Rise of the Synths

A History of Horror with Mark Gatiss

Nightmares in Red, White and Blue: The Evolution of the American Horror Film

Tales from the Script