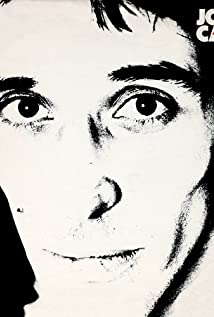 Classically trained (viola and piano) and well-educated, Welsh-born John Cale became interested in both the experimental side of classical music (including artists like John Cage), and American rock-n-roll. When offered a chance to study music in New York in the early 1960s, Cale accepted, and along with school became an apprentice of Cage's, including performing a relay piano piece with him ("Vexations") onstage.Needing some quick cash away from his studies during 1964, Cale next became the bass guitarist for a band called the Primitives, put together around a song (called "The Ostrich") by Lou Reed, who was then a staff writer for a small record label. The record bombed, but Cale and Reed became musical partners and co-writers.Forming The Velvet Underground the next year with Reed's old college classmate Sterling Morrison, a cornerstone of the band was the camaraderie of Reed and Cale, and the way they worked together. Cale's classical touches gave the streetwise rock group's sound a unique, refined edge, and an added intellectual appeal.Making slow progress as a rock band, though, and Cale's missing the British Isles, had nearly persuaded the Velvets to pack up and try their luck in England, before their fateful meeting with artist and filmmaker Andy Warhol at the end of 1965. Acting as their manager and producer, Warhol put the band to work the next year, performing live at his shows, providing soundtracks for his films, and even appearing in the films occasionally. He also teamed up actress and "chanteuse" Nico with the Velvets, and secured them the recording contract (for MGM's Verve label) they'd wanted. Besides their working relationship, Cale and Reed each formed close personal ties with Warhol.A falling-out between Cale and Reed during 1968 led to his exit from the Velvet Underground (not long after Nico's, and the band's firing of Warhol). With all the experience he'd gained, Cale became a writer and producer in his own right, making solo albums ("Vintage Violence", "The Academy In Peril", "Music For A New Society") and producing records for other artists (including Nico's "The Marble Index"). He and Lou Reed mended their friendship during the 1970s, but never worked together again until 1988, after Andy Warhol's death. The tributes each had been working on separately turned into the joint album "Songs For Drella" (a nickname for Warhol), which became a surprise hit in 1989.Cale continued his solo writing and producing, but reunited with the Velvet Underground in 1992 for a tour, and a live album. With admirers in both the rock and classical worlds, Cale has secured a place for himself in popular music.

The Communist Revolution Was Caused by the Sun

Of Women and Horses