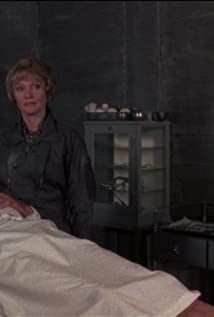 John Barron was born on Christmas Eve, 1920. A kind godfather paid his training fees at RADA in 1938. During the war, he served in the Navy, then returned to acting after demob, mostly in rep. productions. He soon became a theatre director, and directed Leonard Rossiter in numerous productions throughout the 1950s. His first regular TV role was in Emergency-Ward 10 (1957), which was quickly followed by many sitcoms. Since recording the third series, John has lost two wives: Joan Peart (who played Mrs. E. Blythe-Erpingham in Series Three, Episode Five) died in 1989, after 40 years marriage. His second wife, actress Helen Christie, died in 1995. He now concentrates on theatre work and lives in a cottage in Sussex. His hobbies include fine wines.

The Taming of the Shrew

The Fall and Rise of Reginald Perrin

The Turn of the Screw

The Rivals of Sherlock Holmes

Incense for the Damned

Out of the Unknown