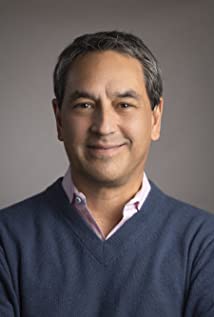 Mr. Baldecchi is the CEO of Digital Riot Media (DRM), a media strategist and content producer. DRM has built a slate of movies and episodic shows focused on new forms of distribution. Digital Riot's current feature productions include the Netflix feature 'Sandkings' based on the George RR Martin short story and the re-imagining of the Stephen King classic, 'Children of the Corn' which will be released Q1 2021. Prior to that DRM produced the sequel to Universal's millennial thriller 'Happy Death Day' titled 'Happy Death Day 2U'. The original 'Happy Death Day' grossed $125M worldwide on a budget of $4.8M. On the series side, next up will be the Amazon series 'Glitches', based on the novel 'Glitch Rain'. DRM financed, produced and distributed 'FML' a direct to consumer digital feature. John's most recent big budget studio movie was the reboot of Alcon/Warner Bros. 'Point Break', based on the seminal action film.John's long-standing relationships run deep into the major media companies, agencies and management firms. He has meaningful business relationships with Sony where his company was housed for many years as well. He has produced or developed movies, miniseries and series with Disney, Paramount, AMC, Warner Bros., Lionsgate, MGM, , ABC, Sony Pictures Animation, New Regency and Paramount, MGM, Showtime, Amazon, Netflix, The CW and so on. He has also successfully negotiated IP deals with tech companies such as Valve, id Software and Activision in addition to negotiating a first-ever all-rights deal with Mattel for their premium brand - Hot Wheels. John was President of Production for Laurence Mark when the company produced 'Jerry Maguire' and 'As Good As It Gets'.Highlights of Mr. Baldecchi's produced projects include: 'Odd Thomas' - based on the international best-seller by Dean Koontz, starring Anton Yelchin, Willem Dafoe and directed by Stephen Sommers ('Mummy'/'Mummy Returns'/'G.I. Joe'), 'Conan The Barbarian' - Lionsgate's reboot based on the novels by Robert E. Howard, starring Jason Mamoa ('Aquaman'), Stephen Lang ('Avatar') and directed by Marcus Nispel, Sony's '88 Minutes' starring Al Pacino and directed by Jon Avnet ('Righteous Kill'), Sony's 'UltraViolet' starring Milla Jovovich, directed by Kurt Wimmer ('Salt', 'Law Abiding Citizen', 'Equilibrium'), DreamWorks' 'The Mexican' starring Brad Pitt, Julia Roberts, James Gandolfini and directed by Gore Verbinski ('Pirates of the Caribbean 1-3', 'Rango'), Disney's 'Simon Birch', based on the novel 'A Prayer for Owen Meany' by John Irving starring Ashley Judd, Oliver Platt, Jim Carrey and directed by Mark Steven Johnson ('Daredevil', 'Ghost Rider'), Disney's 'Oliver Twist' (ABC/Disney Television Movie) based on the novel by Charles Dickens, starring Richard Dreyfuss and Elijah wood, 'The Adventures of Huck Finn' based on the novel by Mark Twain, starring Elijah Wood and directed by Stephen Sommers, 'Tom and Huck' based on the novel by Mark Twain, starring Jonathon Taylor Thomas and many more, both from Disney. Some additional highlights include - 'Berlin Mesa' based on the novel by Michael Beckner - developed at AMC as a mini-series, 'Carter Beats the Devil' based on the novel by Glen David Gold, developed at AMC as a series, 'Scared Guys' developed as a feature at Sony with Gore Verbinski attached to direct, 'RPM' at Sony, 'Argonauts' at DreamWorks, 'Delilah' at Sony and many more projects developed at major studios.John is a proven media expert and a trusted media consultant for private equity and technology companies. He has comprehensive knowledge of financing for film and television as well as foreign distribution. He has an expertise in monetizing media through domestic and international distribution platforms with special emphasis on mobile technology and social networking. John's ability to bridge the different business cultures from technology and new media to television, movies and video games as well as bridging the gap between Hollywood to Silicon Valley have served to make him a trusted consultant. His business exploits have been widely reported on and have appeared in dozens of periodicals, both locally and nationally as well as on CNN. John graduated UCLA with a degree in economics, is a member of the WGA, DGA, PGA and resides in Los Angeles.