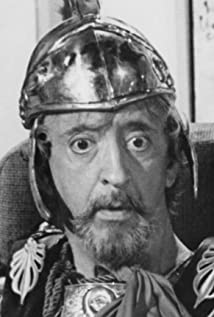 John was a commercial artist when he substituted for a sick friend in an amateur production which was seen by the actress Sybil Thorndike who recognised his potential. After repertory work at Watford and Crewe he was invited to join London's Old Vic in 1936 by Tyrone Guthrie and appeared in 'Love's Labours Lost' and'Twelfth Night'. In 1937 He was in the production of 'Hamlet' that was performed at Elsinore with Laurence Olivier and Vivien Leigh. He made his film debut in 1937 in 'Conquest of the Air' and in a early BBC television production of 'The Harmfulness of Tobacco' At the outbreak of war he was attached to the British Embassy in Stockholm where he was in coding and decoding. In 1941 he was in California and about to return to England when he was offered a role in 'Shanghai Gesture' which was the prelude to a long film career that included 'Mrs Miniver', 'JaneEyre', 'Madame Bovary', 'Gigi' and 'Gambit'. In 1946 he made his Broadway debut in 'He Who Gets Slapped'which was followed by 'Montsarrat'(1948) and 'The Waltz of the Toreadors' (1957) amongst others. He was also prolific in television work appearing in such as 'The Man From Uncle', 'Bewitched' and ' Alfred Hitchcock Presents'. After the latter he retired stating 'I haven't the slightest urge ever to work again' which allowed him more time to pursue his interests in art and music.

Slapstick (Of Another Kind)

Land of the Giants