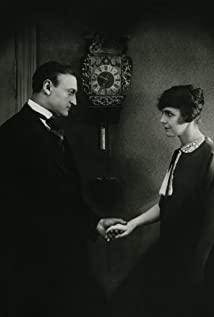 Handsome smart tall blonde Danish performer Johannes Meyer born in 1884. After graduating grom Gymnasium, Mayer applied twice to the Royal Theatre School and was twice rejected. He made his stage debut at the Dagmarteatret in Copenhagen in 1905 and went on to perform at nearly every theatre in Copenhagen. He appeared in more than 100 movies, making his first film playing the role of Erneste des Tressailles in Viggo Larsen's 'Revolutionsbryllup' at the Nordist Film Co in 1909, His most memorable role as Viktor Frandsen in Carl Theodor Dreyer's 'Master of the House' at the Palladium Film Co in 1925. He was mostly seen in character or supporting roles in many talkies from 1933 until his last film appearance playing the role of Bilvis in Gabriel Axel's 'Hagbard and Signe' in 1967. He was also active on radio and in T.V. dramas and was stage director of the Fonixteatret and Norrebros Theatre before he was hired by the Royal Theatre in 1941. Died in Denmark in 1972 age 88.

To minutter for sent

The Face of Truth

The Viking Watch of the Danish Seaman

I gaar og i morgen

Master of the House