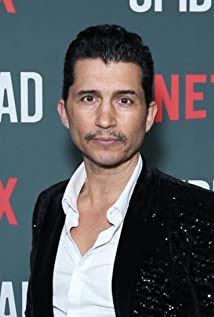 Joey Vieira was born and raised in California. He grew up in the small farming town of Livingston where his first languages were Spanish and Portuguese. While playing sports in High School, Vieira started training in ballet and got involved in musical theatre, which is where he first stepped onto a stage. The love of the arts would lead him to get his Bachelors's in Theatre at the California State University of Northridge and breaking into the world of film and television. Vieira has had roles on shows including Texas Rising, Kitchen Confidential with Bradley Cooper, The Shield and The Simpsons. The past few years of work include the award-winning film The Devil May Care, as well as roles in the feature films San Andreas with Dwayne Johnson and Jungle with Daniel Radcliffe. Recent work includes the live-action feature Dora and the Lost City of Gold where he plays Diego's Father "Nico" and on the new ABC hit series Reef Break with Poppy Montgomery where he plays "Detective Tolan."