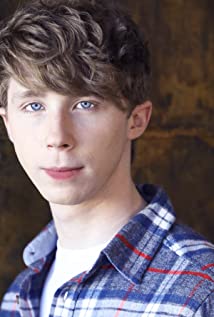 Joey is known as an award-winning dramatic and comedic actor. He is known for Weeds (2005) and recently on Chicago Med (2015) and Alexa & Katie (2018) and as PSC Jonathan Ridell on FOX 21 & National Geographic Channel Series: The Long Road Home (2017). He recently guest starred on Hawaii Five-0 (2010) and Speechless (2016). He is known for his recurring roles as "Young Luke Spencer" on General Hospital (1963) as "Roger McFadden" on The Goldbergs (2013) and "Teen Zoltan" on A.N.T. Farm (2011). He was just on Battle Creek (2015), and coming up, recurring on Instant Mom (2013). He is seen as "Drew" in Modern Family (2009), Recurring as "Rad Ferris" on Weeds (2005), "Evan" on Private Practice (2007), "Dave" on iCarly (2007), "Emmitt" on Disney's Kickin' It (2011), as "Craig Kronberg" on Nick's How to Rock (2012), and as "Teddy Toblosky" in 10.0 Earthquake (2014). He is also known as "King Orr" recurring on Chosen (2013).He was discovered at a National Talent Show in Florida and was soon performing on The Tyra Banks Show (2005). The second youngest child from a family of seven performing children, he was making his family laugh with impressions of Jim Carrey at the tender age of three. After watching his brothers and sisters perform, Luthman soon caught the acting bug. At just five years old, Joey booked his first professional role at The Dayton Playhouse (where'Rob Lowe (I)' also began) in a production of "Nuncrackers" singing "I'm a Little Teacup".Following a family relocation to Los Angeles, Joey first appeared on television as one of five national triple threat finalists on The Tyra Banks Show (2005). Recently Joey has Guest Starred on Criminal Minds (2005), Grey's Anatomy (2005), Ghost Whisperer (2005), and ABC's October Road (2007)He has also filmed Bad Teacher (2011) and was in the Kelsey Grammer feature film, An American Carol (2008) directed and produced by David Zucker, plus the comedy hit Miss March (2009). In addition,on Netflix, Luthman has a supporting role in the teen thriller Forget Me Not (2009), starring Carly Schroeder and Cody Linley. Joey plays the younger version of Linley's character.He continues to hone his performing skills, with ongoing classes in acting, singing, parkour, dancing and stand-up comedy. Outside of his busy entertainment schedule, Joey is a StarPower Celebrity Supporter for Starlight Children's Foundation and a strong supporter of many charities including the LA Mission, LA Childrens Hospital, Ronald McDonald house, and St. Jude Children's Research Hospital.Joey is also an active filmmaker, as a writer, director, cinematographer and producer. He has several films in production at this time.