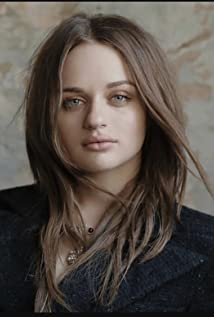 Joey King started acting professionally when she was four years old. A national spot for Life Cereal was Joey's first commercial. It has been said that Joey inherited the love of acting from her grandmother, who used to perform in live theater.She has appeared in several television shows and movies of the week, CSI: Crime Scene Investigation (2000), Entourage (2004), Medium (2005), R.L. Stine's The Haunting Hour (2010) and "Avenging Angel", to name a few. Also she has completed three pilots, and was a series regular on the short lived show, "Bent" were she has said, "Jeffrey Tambor made me laugh everyday".Joey voiced the yellow fur ball Katie, for the animated feature Horton Hears a Who! (2008), and Beaver, for "Ice Age 3-D". She has also voiced the lead character Jessie, in the book series movie adaptation of "The Boxcar Children", and lastly the voice of China Girl in the much anticipated Oz the Great and Powerful (2013), a prequel to the the world famous 1939 classic The Wizard of Oz (1939). Joey said, "I think it's really neat to hear my voice come out of animal or creature that someone made from their imagination!"Her first film Grace (2006), was shot when she was six years old. On the first day of filming Joey had to pretend to almost drown in the ice cold ocean. Joey has said she was completely hooked on making movies after that.Joey was nine years old when she landed her first lead role in the feature Ramona and Beezus (2010). Joey played Ramona Quimby, whose character always seems to be in some sort of mischief. Joey has said that the role changed her life and she will always be grateful to, two of the most amazing, talented woman, Liz Allen and Denise DeNovi who are still good friends of Joey's.In her short years, Joey has worked with some very prestigious directors; Christopher Nolan, who Joey describes as super involved in every detail, including being present when Joey shaved off her hair for her role in The Dark Knight Rises (2012), Sam Raimi, who captured Joey's heart with his gentle and patient demeanor and brilliant vision, while working on Oz the Great and Powerful (2013), and Roland Emmerich who Joey has said is such a gifted director, who I was so lucky to get to work for and will be my friend for life, while filming the action movie, White House Down (2013).Joey has spoken to many schools and Boys and Girls Clubs on the importance of making a positive difference in the world, even if you are young. She attends and contributes to many charities, and you can often find her helping her grandmother deliver food to the elderly through Meals on Wheels when she is not working.Joey's performances have earned her outstanding critical reviews from such critics as Roger Ebert of the Chicago Sun Times, and Amy Biancolli of the San Francisco Chronicle.Joey has said she feels like the luckiest person in the world to be able to do what she loves and be surrounded by people she loves!