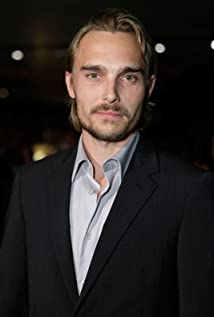 Joey Kern studied at New York University where he earned a BFA in Drama. He then went on to train at the Royal Academy of Dramatic Arts in London. His professional acting career began on stage with various companies including the Atlantic Theater Company, New Group Theater and Theatre for a New Audience, where he played the title role of "Troilus" in William Shakespeare's "Troilus and Cressida".He then made his feature film debut in the indie flick The Virgin (1999), followed by a guest appearance in the HBO television series Sex and the City (1998). Next, he played a college boy in the feature film Super Troopers (2001), then landed small roles in three more indie films: Love the Hard Way (2001) starring Adrien Brody, XX/XY (2002) and Garmento (2002). His career took off when he landed lead roles in two films given wide release: Grind (2003) and Cabin Fever (2002). Kern has also appeared on ABC's Wonderland (2000).

A Beginner's Guide to Snuff

Easy Rider: The Ride Back