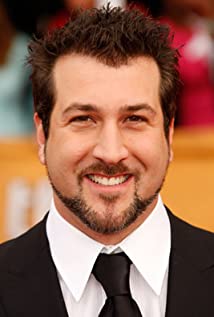 Joey Fatone was born on January 28, 1977 in Brooklyn New York, to Phyllis and Joseph Anthony Fatone, who is an actor and musician. He is of Italian descent. At age 13, his family moved down to Orlando Florida. After graduating from high school, he started to work at Universal Studios. There, he met a co-worker named Chris Kirkpatrick. Joey also became friends with a member of The All New Mickey Mouse Club (1989) named J.C. Chasez. In 1995, he was at a club and ran into Chris, JC and a another guy named Justin Timberlake. They started a singing group, but something was missing and so Justin called his vocal coach and got Lance Bass. So, Joey became a member of the dude-group called *NSYNC.Since his NSYNC days, Joey has branched out into film acting roles, co-starring in My Big Fat Greek Wedding (2002), and appearing as a contestant on Dancing with the Stars (2005).