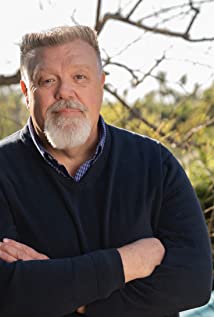 A native of Minnesota, Joel McKinnon Miller had his first experiences as an actor in high school.He then went on to study opera and theatre at the University of Minnesota-Duluth. After college, Joel was invited to join John Houseman's The Acting Company, a classical theatre touring company based in New York City.For three years, he toured the U.S. performing in plays which included The Skin of Our Teeth, Much Ado About Nothing, As You Like It, A New Way to Pay Old Debts and the world premiere of Orchards, a collection of seven Chekhov short stories adapted into one-act plays by American playwrights John Guare, Spalding Gray, David Mamet, Michael Weller, Wendy Wasserstein, Samm-Art Williams and Cuban playwright Maria Irene Fornes. After touring, he continued to work off-Broadway at Joseph Papp's Public Theatre, Classical Stage Company, Theatre for a New Audience and in regional theaters which included the Hartford Stage Company and the Folger Shakespeare Theatre in Washington D.C.Joel moved to Los Angeles in 1991 and made his television debut on (the #1 rated show at that time), Murphy Brown (1988). He has numerous television and film appearances to his credit, including - Everybody Loves Raymond (1996), Cold Case (2003), American Horror Story (2011), Workaholics (2011), Bones (2005). Features - The Truman Show (1998), Friday After Next (2002), The Family Man (2000) as well as Super 8 (2011), directed by J.J. Abrams.In December 2010, Joel completed filming his fifth and final season on the HBO series Big Love.He can be seen playing the role of Detective"Scully" on the hit FOX comedy Brooklyn Nine-Nine (2013).