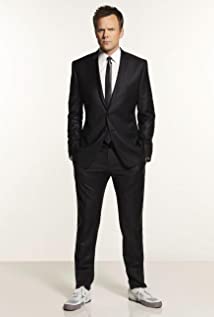 Joel Edward McHale was born in Rome, Italy, to a Canadian-born mother, Laurie (Jackson), and an American-born father, Jack McHale. His father, from Chicago, is of Irish descent, and his mother, from Vancouver, has Norwegian, Finnish, and English ancestry. Joel was raised in Seattle, Washington, and graduated from Mercer Island High School. He was a history major at the University of Washington, where he was a member of the championship football team. In addition, Joel received his master's of fine arts from UW's Actor's Training Program.Joel was a cast member on KING-TV's Almost Live! (1984). He moved to LA after graduating college and quickly landed parts in Will & Grace (1998) and Oliver Beene (2003). 2004 was a big year for Joel, as he booked roles in Spider-Man 2 (2004), The Onion Movie (2008), and Lords of Dogtown (2005). In addition, that year he began writing, producing and starring in The Soup (2004) on E! in which he counted down the most absurd, hysterical, wacky, and surreal moments in the world of reality TV and celebrities each week. Joel's quick wit and sharp comedic timing made "The Soup" a pop-culture phenomenon.Joel starred on the hit comedy series Community (2009). He also appeared opposite Matt Damon in Steven Soderbergh's comedic thriller The Informant! (2009). He hosted the 2011 Independent Spirit Awards, and co-starred in Robert Rodriguez's Spy Kids 4-D: All the Time in the World (2011), opposite Jessica Alba, in which he played a spy-hunting reporter married to Alba's character, the stepmother of his children. In 2011, he also had a role in What's Your Number? (2011) with Anna Faris and The Big Year (2011) with Steve Martin, Jack Black, and Owen Wilson.McHale appeared in Seth MacFarlane's Ted (2012), a live-action tale of a boy and his teddy bear. Co-starring with Mark Wahlberg, Mila Kunis, and Seth MacFarlane, he played a charming but sleazy boss of Mila Kunis' character.In 2016, Joel was cast as the main character on the sitcom The Great Indoors (2016). He lives in Los Angeles with his wife and their two sons. He performs stand-up comedy around the country to sold-out audiences.

The Cabin with Bert Kreischer