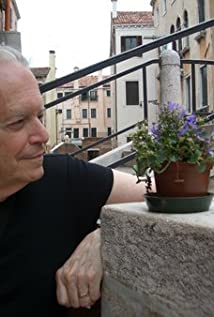 Joel Godard (born March 31, 1938 in Milledgeville, Georgia) was the announcer on Late Night with Conan O'Brien. He is often featured in skits, playing himself on the show. Godard attended Emory University, graduating in 1960 with a Chemistry degree. Godard was admitted to Emory's school of medicine but instead chose show business. Before taking the job on Late Night, Godard was an announcer on NBC's Dateline. Since 2002, Godard has also served as announcer for NBC's annual telecast of the Macy's Thanksgiving Day Parade. He had a featured role in "The Guyana Tragedy", and has appeared in soap operas, commercials and industrials. On Late Night with Conan O'Brien, when he is used in sketches, Godard's character is blatantly homosexual, and has an affinity for young Asian men (preferably wearing Speedos). His character will often pine for "the sweet release of death" and detail how his life is miserable (i.e., "My life is a septic tank filled to overflowing"), but he will say all these things in his cheery announcer voice and while flashing an open-mouthed smile, his trademark. In real life, however, Joel has been happily married since 1983 to Tedi Dreiser Godard, and has a son, from a previous marriage.

Martini Ranch: How Can the Laboring Man Find Time for Self-Culture