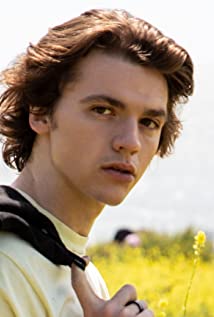 Joel Courtney is an American actor, known for his starring roles in the Steven Spielberg blockbuster Super 8 (2011) and the Netflix hit The Kissing Booth (2018).Joel was born into a Navy family in Monterey, California, and is the youngest of four children - an older sister and two older brothers. After his father's retirement when he was 5, his family relocated to Moscow, Idaho, where Joel spent the rest of his childhood attending a small classical Christian school where both his parents taught. When he was 14, Joel went to Los Angeles with his father to visit his brother Caleb who was seeking a career as an actor. While in LA, Joel decided to spend a month auditioning for television commercials in the hopes of leaving with a little money in his pocket. However, before attending even his first audition, his brother's acting coach suggested that Joel attend a casting call for a top-secret J.J. Abrams project. After 11 callbacks, Joel landed his first acting job as the starring role in Steven Spielberg's blockbuster Super 8 (2011)After his success in Super 8 (2011), Joel appeared in several movies including Sins of Our Youth (2014), Mercy (2014), and Tom Sawyer & Huckleberry Finn (2014). He then booked a starring role as Peter Moore in the CW show The Messengers (2015). Joel was able to return to Moscow, Idaho in the summer of 2014 to star in the movie The River Thief (2016), which was produced and directed by friends and community members from Joel's hometown. He was able to work with almost his entire family on the project, including his brother Josh and sister Chantelle who both had significant roles in the film. After The River Thief (2016), Joel went on to star in the high school drama F*&% the Prom (2017) before booking the Netflix hit The Kissing Booth (2018) which launched him back into the public spotlight as the lovable teenager Lee Flynn. As of 2019, The Kissing Booth (2018) was the most watched Netflix movie in history. Joel will reprise the role of Lee Flynn in The Kissing Booth 2 (2020) and The Kissing Booth 3 (2021).

Sins of Our Youth