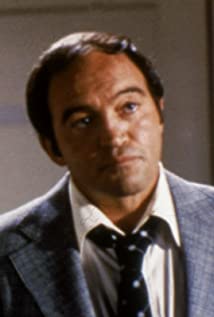 A Brooklyn-born "working class" actor of Italian descent, character actor Joe Santos started out in life as Joseph John Minieri, Jr. on June 9, 1931. Sadly, his father died on the same day as Joe's birth. His mother Rose (née Sarno) Minieri, who later became a nightclub owner and singer in New York City and Havana, later became the wife of Puerto Rican-born Daniel Santos and the young boy took his stepfather's surname. Reared in the Red Hook section of Brooklyn, Santos attended military schools, served with the U.S. Army during the Korean War, and became a football jock at Fordham University. He turned semi-pro at one point before acting on his urges toward drama.Santos toiled in a number of blue-collar jobs (railroad worker, tree trimmer, cabbie, barkeep) while taking acting classes and searching for work. Debuting with a bit on the TV series "Naked City," the young hopeful found some work in with bit parts in the films Cross-Country Romance (1940) and The Detective (1968) and three of his cousin Joseph W. Sarno's film exploitations -- Flesh and Lace (1965), Moonlighting Wives (1966) and My Body Hungers (1967) -- in the late 1960s, but they lead virtually nowhere.Joe's first real break came with a featured role as a tough urban in the searing film downer The Panic in Needle Park (1971), brought about thanks to the prodding of his friend and star of the film, the up-and-coming Al Pacino, who had played some softball with Santos. This was followed by a couple of featured roles in the "blaxploitation" flicks The Legend of Nigger Charley (1972) and Shaft's Big Score! (1972). A prime role as a sympathetic sergeant in the acclaimed TV mini-series The Blue Knight (1973) led Santos in the direction of primarily "good cop" parts on such urban crime shows, including "Toma," "Barnaby Jones," The Streets of San Francisco," "Baretta," "Joe Forrester" and several episodes of the anthology series "Police Story." The most noteworthy, however, was the long-running role as James Garner's beleaguered, long-suffering friend and contact, Lt. Dennis Becker, on the series The Rockford Files (1974) for which he earned an Emmy nomination in 1979.Joe also provided strong, atmospheric support in 70's urban crime films for such stars as Burt Reynolds in Shamus (1973); Robert Mitchum in The Friends of Eddie Coyle (1973); Anthony Quinn in The Don Is Dead (1973); and John Marley in Blade (1973).Following the "Rockford" success, the beefy, balding Santos moved into a lighter 80's vein, first as a divorced dad at odds with raising an 11-year-old daughter in the short-lived (10 episode) sitcom Me and Maxx (1980) and as comedian Paul Rodriguez's dad in the even briefer (6 episode) comedy series a.k.a. Pablo (1984). In addition, he found guest parts in "Trapper John," "Hill Street Blues," The 'A' Team," "Remington Steele," "T.J. Hooker," "The New Twilight Zone," and a recurring role as Lt. Harper on Hardcastle and McCormick (1983), as well as brief running part on the daytime soap Santa Barbara (1984) and several returning "Rockford" TV movies, again with James Garner between 1994-1999.Into the millennium, Santos received strong, deserved notice in 2004 for his recurring role as "Consigliere Angelo Garepe" in the hit man hit series The Sopranos (1999). Following roles in the films Auggie Rose (2000), Hammerlock (2000), Proximity (2001) and The Man from Elysian Fields (2001), he was little seen, but did return for an isolated film appearance in his final movie Chronic (2015) starring Tim Roth as a home care nurse for the terminally ill.Joe also dabbled in play-writing, having penned "Sunset Normandie", in which he also starred. Married to longtime Cuban wife Maria Montero until her death in 1988, Santos died in Santa Monica, California, at the age of 84 on March 18, 2016, a few days after suffering a heart attack. He was survived by three children: Perry, Joe Jr. and Lili.

The Man from Elysian Fields

The Old Man and the Sea