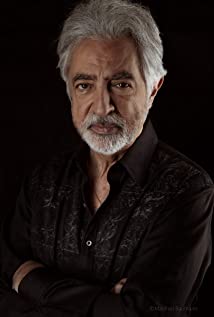 Joe Mantegna is an American actor who has made over 200 film and TV appearances. He is also a producer, writer, and director, and is probably best known for his role as Joey Zasa in the Francis Ford Coppola epic The Godfather: Part III (1990), in which he stars alongside Al Pacino and Andy Garcia.Joseph Anthony Mantegna, Jr. was born in Chicago, Illinois, to Mary Anne (Novelli), a shipping clerk, and Joseph Anthony Mantegna, Sr., an insurance salesman. He is of Italian descent. Having obtained a degree in acting from the Goodman School of Drama and taken to the stage early on in life, it is no surprise that Joe has maintained a strong relationship with the playwright -turned- screenwriter-director David Mamet. They have collaborated on several projects. He also stars as SSA David Rossi on the long running TV drama Criminal Minds. (2005-)

The Simpsons 20th Anniversary Special: In 3-D! On Ice!

Invent Nothing, Deny Nothing: Five Guys from Mamet's HOMICIDE