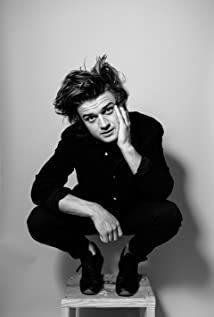 Joseph David Keery (born April 24, 1992) is an American actor and musician. He is best known for portraying Steve Harrington in the American science-fiction horror web television series Stranger Things (2016), as well as a contributing musician for the American psychedelic rock band Post Animal.Keery grew up in Newburyport, Massachusetts, where he attended River Valley Charter School for elementary and middle school, and then Newburyport High School. He is the second of five children and grew up surrounded by 4 sisters. During his younger years he attended Theater in the Open, a performing arts camp at Maudslay State Park, but ultimately began acting in high school, performing there initially at his sister's insistence. Keery went on to study at The Theatre School at DePaul University and graduated in 2014.After graduating from DePaul, Keery went to over a hundred auditions. Before his breakout role in Stranger Things, Keery appeared in a KFC, Domino's, and amiibo commercial, and had roles in Empire (2015) and Chicago Fire (2012). His first appearance in a full-length film was in Stephen Cone's indie, Henry Gamble's Birthday Party (2015).In late 2015, Keery was cast in Stranger Things. He initially auditioned for the role of Jonathan, but later sent in a tape for his character, Steve. He was promoted from recurring cast to a series regular for the second season of Stranger Things, which premiered on October 27, 2017.Aside from acting, Keery is also a musician. He is one of the guitarists for Chicago-based garage and psych-rock band Post Animal. Their debut full-length album was released in October 2015. The band's sophomore album, When I Think Of You In A Castle, was released in April 2018 and saw Keery contributing his guitar playing as well as vocals. As of 2019, Keery is no longer a touring member of the band.Previously, Keery released music under the name "Cool Cool Cool".

How to Be Alone