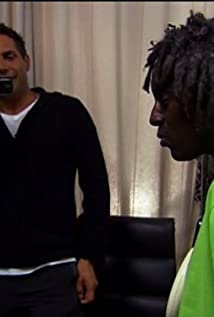 Joe Francis, founder of Girls Gone Wild ®, has grown accustomed to being a lightning rod for discussions ranging from First Amendment rights to personal freedom to obscenity to simple Hollywood gossip. But Francis's most impressive role is frequently overlooked: that of the consummate businessman. The details of Joe's phenomenal success don't often make it into the media, but it is a story worth telling. Francis was born in Atlanta in 1973 and grew up in Laguna Beach, California with three sisters, an Austrian-born mother and a father who ran a snack food business. Francis was always a quick study, but rarely found himself engaged by schoolwork. As soon as he was old enough, Francis found his first job at a small ice cream store. While attending Laguna Beach High School, Francis landed a job at a computer/video store, where he learned to fix computers and sell video rental memberships. He discovered that he had an affinity for sales. After high school, Francis chose the University of Southern California for its Entrepreneur Program. Determined to one day run his own company, Francis poured himself into study, fascinated with the complexities and challenges of business. Francis also took courses in film and television. As a condition for completing the USC Entrepreneur Program, each student is required to develop a viable business plan, including selecting a product or service and putting together a strategy for its successful marketing. By this time, Francis's father had found success in direct marketing a line of skin care products. After studying his father's business, Francis put together a plan designed to market a series of instructional videotapes called "Secrets of Successful Gambling." His business plan was not a big hit with his professors, but Francis wasn't disappointed. He decided that if the university faculty had actually known how to create a successful business, they would be running their own businesses instead of teaching how to do it. Upon graduating from USC in 1995, Francis hoped to put his business plan into practice, but couldn't raise enough capital to actually produce the gambling tapes. Tapping the skills he'd developed in film and TV classes, Francis went to work in television as a production assistant at "Real TV," a syndicated TV show that featured footage of extraordinary events not covered in mainstream news. Working in the studio, Francis heard of a compilation tape the show's staff members were passing around to each other. The tape contained footage too disturbing for broadcast TV, but was wildly popular with the staff. Recalling the direct marketing plan he'd developed in school, Francis drew cash advances on his credit cards and licensed the sensational footage. With a partner, he wrote, produced and edited a tape together they titled "Banned From Television" and Francis set about marketing the new product. The VHS tape was promoted exclusively via late-night cable TV commercials, where it found immediate success. Francis gathered more footage and produced three volumes of "Banned For Television" but remained unsatisfied with his product, convinced that the material was too graphic to be enjoyed over and over. By chance, Francis came upon a videotape of some Spring Break revelers getting arrested for public nudity at Lake Havasu. The tape also contained footage of real college girls flashing their breasts to the camera during Spring Break and Mardi gras. It was playful, joyous nudity and it immediately struck a chord in Francis. He recognized that that this wasn't pornography. It was something much better: It was REAL. Francis watched the video over and over and realized that other young men would love this material just as much as he did. He searched for similar footage and compiled it into a tape distinct from the "Banned From Television" series. Francis decided this product needed a catchy name of its own. He considered hundreds of titles before settling on "College Girls Gone Wild." He stared at this title, then impulsively crossed out the word "College" and circled "Girls Gone Wild." He worked hands-on with a graphic designer to help create an eye-catching logo featuring the three now-famous words, and a legendary brand was born. Francis produced a 60-second commercial for Girls Gone Wild but saw it rejected by uptight station owners who'd never advertising anything featuring nudity. Finally, Howard Stern accepted the Girls Gone Wild commercials for his late broadcast on the E! Channel. Once the commercials began to air, word spread across college campuses everywhere and Girls Gone Wild was on its way to becoming a genuine phenomenon. As sales grew, Francis convinced more broadcast and cable stations to run commercials for Girls Gone Wild until his brand dominated the late night TV landscape. Reaction from TV broadcasters was wary at first, but they quickly discovered that 1) unlike with other TV commercials, viewers didn't change the channel when the Girls Gone Wild

The Fabulous Life of