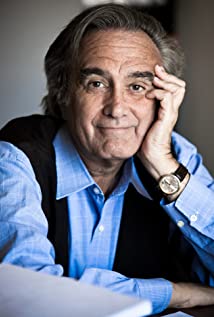 Joe Dante is a graduate of the Philadelphia College of Art. After a stint as a film reviewer, he began his filmmaking apprenticeship in 1974 as trailer editor for Roger Corman's New World Pictures. He made his directorial debut in 1976 with Hollywood Boulevard (1976) (co-directed with Allan Arkush), a thinly disguised spoof of New World exploitation pictures, shot in ten days for $60,000.In 1977 Dante made his solo debut as a film director with Piranha (1978), which went on to become one of the company's biggest hits and was distributed throughout the rest of the world by United Artists. During his tenure at New World, Dante edited Ron Howard's directorial debut Grand Theft Auto (1977) and co-wrote the original story for Rock 'n' Roll High School (1979).For Avco-Embassy Dante next directed the highly praised werewolf thriller The Howling (1981), followed by the It's a Good Life segment of the episodic Twilight Zone: The Movie (1983).Having worked with Steven Spielberg on Twilight Zone, Dante was chosen to helm one of the first Amblin Productions for Warner Bros. Gremlins (1984) became a runaway hit and grossed more than $200 million worldwide.Dante followed up with Explorers (1985) for Paramount, a sci-fi fantasy about three kids who build their own spaceship, and then Innerspace (1987) for Guber/Peters, Amblin and Warner Bros., an action comedy in which miniaturized test pilot Dennis Quaid is injected into the body of supermarket clerk Martin Short.Tom Hanks starred in Dante's next film for Imagine/Universal, The 'Burbs (1989), which was followed by Gremlins 2: The New Batch (1990) for Warner Bros. in 1990. Matinee (1993) featuring John Goodman as a huckster showman premiering his new horror film during the Cuban Missile Crisis, was a production of Dante and partner Michael Finnell's Renfield Productions for Universal in 1993.Dreamworks/Universal's Small Soldiers was released in 1998, followed in 2003 by Warner Bros. Looney Tunes: Back in Action (2003) featuring one of Dante's favorite actors, Bugs Bunny.Dante's Masters of Horror: Homecoming (2005), debuted in December 2005 to rave reviews from critics and audiences alike and was named to numerous "Top 10" critics lists. The Sitges and Brussels International Film Festivals both honored Homecoming with Special Jury Recognition Awards, and the New Yorker called it the best political film of 2005. More recent work includes Masters of Horror: The Screwfly Solution (2006), and CSI: NY: Boo (2007). His new 3D thriller, The Hole (2009), for Bold Films recently premiered at the Venice Film Festival where it garnered the first-ever award for Best 3D Feature.Dante also produces the critically-acclaimed webisode/mobile phone series, Trailers from Hell.Along the way Dante contributed several comedy segments to the multi-part Amazon Women on the Moon (1987) spoof produced by John Landis, and directed various episodes of the tv series Amazing Stories (1985), The Twilight Zone (1985), Police Squad! (1982), Night Visions (2001) and Picture Windows (1994). He also directed the network pilots for The Osiris Chronicles (1998) and the NBC series Eerie, Indiana (1991), on which he was creative consultant throughout its run.Dante received Cable Ace nominations for his direction of Showtime's Rebel Highway: Runaway Daughters (1994) and HBO's The Second Civil War (1997).

The 101 Scariest Horror Movie Moments of All Time

24X36: A Movie About Movie Posters