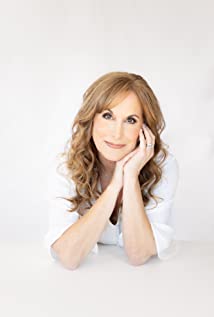 Jodi Benson, a native of Rockford, Illinois, has received worldwide recognition and critical acclaim as the voice of Ariel in the Academy Award-winning Walt Disney animated feature film, The Little Mermaid (1989), as well as the bubbly voice of Tour Guide Barbie in Disney's Toy Story 2 (1999), winner of the Golden Globe Award for Best Picture. She also gave life to the spirited Weebo in Disney's live action Flubber (1997), starring Robin Williams. For Warner Brothers, she created the spirited voice of Thumbelina, a Don Bluth animated feature, Thumbelina (1994), with songs by Barry Manilow. Jodi's recent projects include The Little Mermaid: Ariel's Beginning (2008), The Little Mermaid 2: Return to the Sea (2000) as Ariel, Lady and the Tramp 2: Scamp's Adventure (2001) as Lady, 101 Dalmatians 2: Patch's London Adventure (2002) as Anita, Dreamwork's animated movie Joseph: King of Dreams (2000) as his wife Asenath starring Ben Affleck and in Balto: Wolf Quest (2002) and Balto III: Wings of Change (2004) as Jenna for Universal Studios. She appears as Sam (Patrick Dempsey's assistant) in Disney's feature film Enchanted (2007) as a real person - with legs!Ms. Benson received a Tony Award and a Helen Hayes Award nomination for Best Actress in a Musical for creating the starring role of Polly Baker in the Tony Award-winning Broadway Ira Gershwin musical, "Crazy For You". Other Broadway credits include: creating the starring role of Doria Hudson in the Howard Ashman-Marvin Hamlisch musical, "Smile", Betty Bursteter in Cy Coleman's "Welcome to the Club" and Virginia in Kenny Ortega's "Marilyn: An American Musical". Internationally, Ms. Benson has had the honor of sharing the stage with her husband, Ray Benson, in the European premiere of Ira Gershwin's "My One and Only", starring as Miss Edythe Herbert. In Los Angeles, Ms. Benson starred in the critically-acclaimed Reprise/UCLA production of "Babes in Arms" as Bunny, Nellie Forbush in "South Pacific" (Pasadena Civic), "Flora the Red Menace" (Pasadena Playhouse), Ado Annie in "Oklahoma!" (Dorothy Chandler Pavillion), Eliza Doolittle in "My Fair Lady" (Alex Theater) and as Florence Vassey in "Chess" (Long Beach Civic Light Opera) for which she won the Drama-Logue Award for Best Actress.Jodi can be heard on over a dozen recordings and has a 6-part DVD series entitled "Baby Faith" from the creators of "Baby Einstein". Her animated-TV series include the hit, Camp Lazlo! (2004), for the Cartoon Network, The Little Mermaid (1992), Batman Beyond (1999), "The Grim Adventures of Billy and Mandy", The Wild Thornberrys (1998), "Barbie", Hercules: Zero to Hero (1999) and P.J. Sparkles (1992), as well as many others. On the concert stage, Ms Benson has performed as a concert soloist with symphonies all over the world: The Hollywood Bowl Orchestra, The National Symphony, Cleveland, Dallas, Tokyo Philharmonic, San Francisco and Chicago, to name a few. She has starred in the Kennedy Center Honors for Ginger Rogers, The 25th Anniversary of Walt Disney, Central Park Disney Spectacular and Disney's 100 Years of Magic. Ms. Benson is honored to be the resident guest soloist for the Walt Disney Company/Disney Cruise Line and ambassador for feature animation. Jodi gives thanks and praise to the Lord for her family, friends, for her loving and amazing husband, Ray Benson, and her precious children; son McKinley Benson and daughter Delaney Benson.

Secret of the Wings