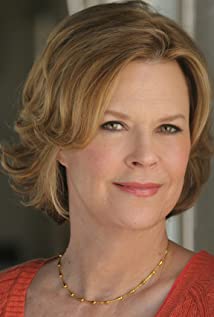 The product of a musical family, (Margaret) JoBeth Williams was born on December 6, 1948, in Houston, Texas, to Frances Faye (Adams), a dietitian, and Fredric Roger Williams, a wire/cable company manager and opera singer. Her father encouraged her early interest in theater during high school.She made her professional debut at age 18 in a Houston-based musical production, then studied at Brown University in Providence, Rhode Island, with the intentions of becoming a child psychologist. The acting bug hit her again, however, and she decided to pursue theater after receiving her B.A. in English in 1970. Working intensely to lose her Texas twang, her early training came as a member of the Trinity Repertory Company, where she stayed for two-and-a-half years.In New York the lovely Jobeth became a daytime regular in the mid-1970s on both Somerset (1970) and in a vixenish role on Guiding Light (1952) before making a brief but memorable impact in a highly popular film at the end of the decade. In the Dustin Hoffman starring film Kramer vs. Kramer (1979), Jobeth plays Hoffman's gorgeous sleepover who gets caught stark naked by his young, precocious son (Justin Henry) the following morning. She also impressed on the stage with major roles in "Moonchildren" and "A Coupla White Chicks Sitting Around Talking."Her star maker would could in the form of the strong-willed mother of three who fights to save her brood from home-invading demons in Steven Spielberg's humongous critical and box-office hit Poltergeist (1982), which also made a major star out of movie husband Craig T. Nelson. Officially in the big leagues now, she joined the star ensemble cast of The Big Chill (1983), and appeared opposite Nick Nolte in Teachers (1984). Disappointing outcomes in the lackluster sequel Poltergeist II: The Other Side (1986) and the intriguing but overlooked American Dreamer (1984) prodded her to search for more challenging work on TV.It is the small screen, in fact, that has particularly shown off the range of Jobeth's talent over the years, particularly in domestic drama. Cast in some of the finest TV-movies served up, Jobeth won deserved Emmy nominations for her real-life mother of an ill-fated missing child in Adam (1983) and real-life surrogate mother in Baby M (1988). Other monumental mini-movie efforts include her nurse in the apocalyptic drama The Day After (1983); her magnetic performance opposite Terry Kinney as an adulterous worshiper and minister who carry out plans to kill their respective spouses in the gripping suspense show Murder Ordained (1987); alcoholic James Woods' long-suffering wife in My Name Is Bill W. (1989); a social worker trying to reach a deaf girl in Breaking Through (1996); and the overbearing mother whose son turns to drugs in Trapped in a Purple Haze (2000). She continues to balance both film and TV projects into the millennium.Behind the scenes she was nominated for an Academy Award for her directorial debut of Showtime's On Hope (1994)and continues to seek out other directing projects. It doesn't hurt being married to a director for encouragement. She and John Pasquin, who directed her in the film Jungle 2 Jungle (1997) and on the short-lived TV series Payne (1999), have two children.Into the millennium, Jobeth starred as a psychiatrist in the offbeat crime drama The Rose Technique (2002); then played a series of mom support roles -- Drew Barrymore's in Fever Pitch (2005), Reiko Aylesworth's in Crazylove (2005) and Adam Brody's in In the Land of Women (2007); plus roles in The Big Year (2011), Songs of Alchemy (2012), Barracuda (2017), Alex & The List (2017), SGT. Will Gardner (2019) and What the Night Can Do (2020). In addition to guest appearances on such popular program as "The Guardian," "Law & Order: Special Victims Unit," "Judging Amy," "Miss Match," "Numb3rs," "Criminal Minds," "The Nine," "Dexter," "NCIS," "The Good Doctor," and recurring roles on Private Practice (2007), Hart of Dixie (2011), Marry Me (2014) and Your Family or Mine (2015), she earned kudos as Sybil's mentally disturbed mother in a revived TV movie version of Sybil (2007).

What the Night Can Do