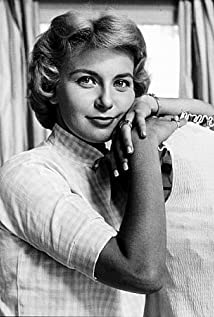 Joanne Gignilliat Trimmier Woodward was born on February 27, 1930, in Thomasville, Georgia, to Wade Woodward and Elinor Gignilliat Trimmier Woodward in a modest household. Her one older brother, Wade Jr., who was the favorite of her father, eventually became an architect. Elinor Woodward was a quite a movie buff and enjoyed going to picture shows often. Joanne claims she was nearly born in the middle of a Joan Crawford movie (Our Modern Maidens (1929)). Her mother wanted to name her Joan, but being Southern, she changed it to Joanne.Thomasville was a typical small town in southern Georgia, around ten miles from the Florida border. Joanne was born right into the Great Depression. Her father was an administrator in the Thomasville school system, and her family was raised Episcopalian. Joanne's mother being an avid movie lover, it wasn't a surprise that Joanne wanted to go into the acting profession. Her father wasn't too keen on the idea, but her mother saw it coming and was thrilled. Joanne and her mother both adored the movie Wuthering Heights (1939) starring Laurence Olivier, and in 1939 Elinor took her daughter to the premiere of Gone with the Wind (1939) in Atlanta. Pulling up in a limo with the love of his life, Vivien Leigh (who starred in Gone with the Wind (1939)), Laurence Olivier was shocked when 9-year-old Joanne hopped right into the limo and sat in his lap without any warning. Years later when Joanne was famous, Olivier keenly remembered this incident. She later worked with Olivier in Come Back, Little Sheba (1977).In her teens, Joanne entered and won many Georgia beauty contests. Her mother said that "she was the prettiest girl in town". But all Joanne wanted to do was act, and she saw beauty contests as the first step toward her dream. When she was of age, she enrolled in Louisiana State University, majoring in drama. After graduation and doing small plays, Joanne headed to New York and studied acting with Sanford Meisner. The first thing he tackled was Joanne's southern drawl.Soon, Joanne was starring in television productions and theater. One day, she was introduced by her agent to another young actor at her level by the then-unknown name of Paul Newman. Paul's first reaction was, "Jeez, what an extraordinarily pretty girl". Joanne, while admitting that he was very good-looking, didn't like him at first sight, but she couldn't resist him. Soon they were working closely together as understudies for the Broadway production of "Picnic" and got along very well. They would have long conversations about anything and everything. Then both their movie careers took off: Joanne with Count Three and Pray (1955) and Paul with The Silver Chalice (1954). Also adding to the tension was Paul's wife, Jackie, who refused to get a divorce when Paul asked her for one. He wanted to marry Joanne; Jackie would simply not have it. Eventually, Jackie saw the anguish this was causing Paul and agreed to a divorce. Less than a week after the divorce was final, Paul married Joanne in Las Vegas on January 29, 1958, just months before Joanne won her Best Actress Oscar for The Three Faces of Eve (1957), in which she plays a woman with multiple personality disorder.On April 8, 1959, Joanne gave birth to their first child, Elinor Teresa Newman, named after her and Paul's mothers. They both continued on with their careers, doing movies both together and apart. Two more children followed: Melissa Steward Newman on September 17, 1961, and Claire Olivia Newman on April 21, 1965. Since then, Joanne has been extremely busy in theater, film and television as well as ballet performances and very involved with charities and taking care of her family. In 2003, Joanne starred in a movie with Paul on HBO.

The Age of Innocence