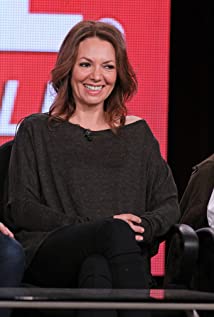 British-born actress Joanne Whalley has graced the big and small screens for decades. Known for such films as Scandal and Willow, she was a firm fixture on British TV screens including the hit series, The Singing Detective and nuclear industry drama The Edge Of Darkness, for which she received a BAFTA nomination. Her debut Hollywood film was break out hit Willow and in 2005, Joanne returned to UK television with the BBC thriller Child of Mine, before going on to film roles including Queen Mary in The Virgin Queen, and a starring role in tragic love drama Life Line. She appeared as Lorelei in the comedy The Man Who Knew Too Little, A Texas Funeral, The Guilty and played Jackie Kennedy in the miniseries Jackie Bouvier Kennedy Onassis. Her more recent film roles include 44 Inch Chest with Ray Winstone and Tom Wilkinson and Francis Ford Coppola's Twixt. Other recent television credits include Gossip Girl, The Borgias for Showtime, Jamaica Inn with Sean Harris, Wolf Hall for the BBC and ITV's rendition of Beowulf. Joanne also starred as The Duchess of Burgundy in Starz series The White Princess. Other feature releases include Muse and the Untitled Apostle Paul project, directed by Andrew Hyatt.