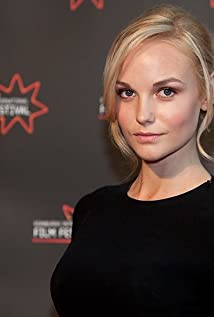 Joanna grew up in Scotland. She trained at The Royal Welsh College of Music and Drama. It was here she was 'spotted' by casting director Emma Style, which led to her first professional role as 'Cathy' in The Runaway (2010) together with Keith Allen, Ken Stott, Alan Cumming and Jack O'Connell . The excellent range of her subtle performances includes notable TV and film works such as Stephen Poliakoff's Dancing on the Edge (2013), The Paradise (2012), Banished (2015), Retribution (2016), What Maisie Knew (2012) and Warrior (2019). Her superb stage work as a brilliant theatre artist also includes her exquisite interpretations as Lika in Aleksei Arbuzov's "The Promise" (London's Donmar Warehouse, 2012) and Milly in Richard Greenberg's "The Dazzle" (Soho Theatre, 2015-16) alongside Andrew Scott and David Dawson, as well as her remarkable Shakespearean performances as Desdemona in Othello (2015) and as Lady Anne in Richard III (2016) (Almeida Theatre) with Hugh Quarshie and Ralph Fiennes in the title roles respectively.