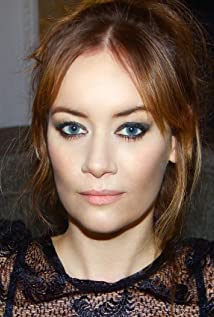 Joanna Pickering is an award nominated British actress, writer, and activist. She was born in England, where she was awarded an academic scholarship and graduated with a Bachelor of Science degree in Mathematics. However, following her passion and love for the dramatic arts, she moved to New York City, worked as a model, and trained at The Lee Strasberg Institute. She works in television, film, stage and radio.Joanna has worked worldwide on over 30 films, from commercial feature films to independent film, in lead roles and for TV, radio and stage. She has training to a high standard in Method Acting at The Lee Strasberg Theatre Institute (home to James Dean, Marlon Brando, Meryl Streep, Al Pacino, Robert De Niro, Dustin Hoffman). As of 2020, she has an upcoming role in Danny Boyle's Creation Stories movie written by Irvine Welsh, is shooting a pilot in principle role for Street Smart with Goodfellas and Sopranos cast. Other credits include The Other F Word amazon prime hit series, Pelleas co-leading with Alice Eve (Star Trek), as well as principal cast in Alice Fades Away with Emmy award and A list cast set for theatrical release in 2020. She has performed in two political films screening at The Whitney Museum, as the Dada artist Baroness Elsa Von Freytag Lorinhoven in 2012, and in The Incomplete History of Protest exhibition.On stage, She played Lady Macbeth on stage in Pittsburgh summer 2018 and TV series Actors ON, (support from PSTV, Shakespeare in The Park). She performed in Eve Ensler's The Vagina Monologues in New York, as well as King Herod in David Heron's and Eston Lee Jamaican classic as featured on Broadway World. Joanna was selected from her performance work by co-founders, directors and actors Paul Calderon (Bosch, Pulp Fiction) and David Zayas (Oz, Gotham, Blue Bloods) (founding members of The LAByrinth theater and mentors to Philip Seymour Hoffman), and is a member of The Primitive Grace Theater Ensemble, with the shared mission to bring the spirit of "duende" to stage in new, contemporary or classic works. Joanna gained an acting scholarship with Russian award winning coach, Aleksey Burago at The Russian Art Theater, in New York, as well as acclaimed directors Paul and Cathy Calderon. Her first role was playing the lead role in the London produced play "The Thief" which aired on UK radio in 2008 for fringe writer Johny Brown.Joanna's debut play BEACH BREAK was included in The Duende Readings with Primitive Grace. It is official selection top five finalists for HBO'S ITV festival as a broadcast, an official finalist for Screencraft stage plays judged by Pulitzer Prize-winning playwrights, Kaplan/Perone Entertainment, The Gotham Group, and Ava Duvernay and Oprah Winfrey's OWN's Queen Sugar writers. It aired on British Radio, in UK, February, 2019. Her film BOARDWALK screened at The Anthology Archive Film Theater in September 2018, described in press as "fluid, beautiful and sensational." It was award nominated for Best Thriller and best mystery at NY Web Festival 2019.Joanna has been awarded writing scholarships for her screenplay with Rohm Literacy and Margaret Atwood's agent Phoebe Larmore, the Rocaberti Scholarship with mentor Jen Grisanti for writers on the verge at NBC, and to work alongside David Paul Kirkpatrick, former president of Paramount Pictures and Head of productions at Walt Disney pictures /Touchstone, and she workshopped with John Patrick Shanley. She is also a Robert Mckee fellow. Her play was 1 of 8 selected by the American Dramatist Guild Institute in 2019. Her acting and writing work has received the testimony of Pacific Rim, Jurassic Park writer and director Emily Carmichael, and Downton, Marvel director Philip John and has been described as "formidable force" on stage by director and coach Paul Calderon.She will direct her first episodic TV episode in 2019 in award winning hit show "The SO-SO You Don't Know" with lead actress Sachi Parker/Shirley Maclaine daughter).Joanna is the jury president for the NY2Paris and NYIFF, on the advisory board for The Chelsea Film Festival, speaks on women in power and entertainment panels, moderates the panel for The Imagine Female International Film Festival, and speaks on The Woman in Film Panel for The Independent film festival in New York City. She hosted the awards at The New York Web Series Festival 2018.She is regarded for choosing projects that support political or social activism over mainstream avenues, and is known as a strong voice for gender equality and diversity inclusivity. She has published articles on the patriarchy and the entertainment industry, is a feature writer for Louder Than War online magazine, Bellacaledonia, and writes as an expert for Backstage Magazine. She has taught mathematics in-school to refugees and children with special needs in London.Joanna is managed by 3 Art Entertainment for acting and literary talent. She resides in New York.