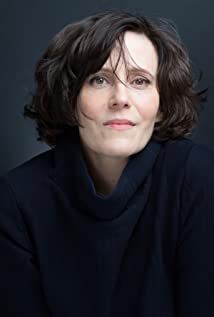 Joanna P. Adler is an Obie Award-winning actor who has long enjoyed a distinguished career in New York City -- which began under the aegis of New York's internationally acclaimed theatre artists Mabou Mines and Richard Foreman. Also honored with the inaugural New Dramatists' Boden Award to Actors, she has been described by the Village Voice as "One of New York's best stage talents." She's worked alongside Tony, Pulitzer, Emmy & MacArthur award winning writers and directors Off Broadway and regionally. She made her Broadway debut in Terrence McNally's "Deuce" starring Angela Lansbury and Marion Seldes. She's participated as both an actor & dramaturg in the development of countless new plays through the O'Neill Playwrights Conference, New Dramatists, New York Stage & Film and The Sundance Institute.In addition to several world premieres across the US, countless recurring television appearances, a pilot for NBC starring Stephen Colbert and a series regular role as Opal in Devious Maids, she has shot over 60 national network commercials including Superbowl spots & many long-running campaigns. In 2017 and 2018, she garnered critical praise for her work as the Young Mr. Kaplan on "The Blacklist", and in the recurring role of Mary Ann Cunanan (Andrew Cunanan's mother) in Ryan Murphy's Emmy and Golden Globe Award winning "American Crime Story: The Assassination Of Gianni Versace." In 2019, Joanna was cast in the series regular role of Chyna in Darlene Hunt's "Patty's Auto" produced by Elizabeth Banks' Brownstone Productions and Warner Bros. Television. She studied Theatre & Art History at Williams College and in the Performance Studies Department of NYU's Tisch School of the Arts.