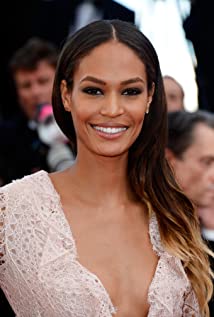 Joan Smalls is a fashion supermodel best known for her work Givenchy, Estée Lauder and as a Victoria's Secrets lingerie model. She appeared in five Victoria's Secret Fashion shows from 2011 through 2015. She has been a face Estee Lauder since 2011, and was the first Latina to represent Estée Lauder. Smalls has been in campaigns for Givenchy, Marc Jacobs, Gap, Estée Lauder, Stuart Weitzman, Moschino, Calvin Klein, H&M, Gucci, Chanel, Hugo Boss, Gucci among others. She appeared on the cover or been featured in many international fashion magazines including Vogue, GQ, Elle, Vanity Fair, Harper's Bazaar, Glamour, V and W among others. She was born Joan Smalls Rodríguez on October 23, 1984 in Hatillo, Puerto Rico, USA, the daughter of Eric Smalls and Betzaida Rodrigíguez. She attended and graduated magna cum laude from the Interamerican University of Puerto Rico with a B.A. in psychology.