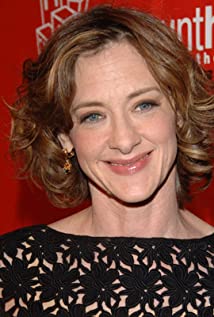 Actress Joan Cusack was born in New York City, New York, and is the daughter of Nancy (née Carolan) and Dick Cusack. Her father was an advertising executive, writer and actor, and her mother was a math teacher. Her siblings - Susie Cusack, John Cusack, Ann Cusack and Bill Cusack also act. Her family is of Irish descent.Raised in Evanston, Illinois, Cusack was actively encouraged to explore her creativity by her parents, and as a child she joined the Piven Theater Workshop. She went on to learn and perform improvisation at the Story Theater and The Ark. Later she attended the University of Wisconsin-Madison, graduating with a bachelor's degree in English. Whilst at university, Cusack took some small film roles, but her big break came after graduation, when she joined the cast of the legendary "Saturday Night Live." However, she only stayed for a season before moving on to explore other projects. In 1987, she produced a memorable turn in the acclaimed Broadcast News (1987), and she was Oscar nominated for her performance in Working Girl (1988). Other notable films include Addams Family Values (1993), Grosse Pointe Blank (1997) and In & Out (1997), which earned her a second Oscar nomination. She also provided, superbly, the voice of Jessie the Yodeling Cowgirl in Toy Story 2 (1999) and Toy Story 3 (2010). On television she scored a role on Shameless (2011), with her work garnering her an Emmy nomination.Joan Cusack is married to an attorney, Dick Burke. They have two sons - Dylan and Miles.