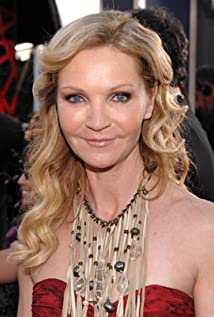 Joan Allen was born on August 20, 1956 in Rochelle, Illinois, the youngest of four children. She is the daughter of homemaker Dorothea Marie (Wirth) and gas station owner James Jefferson Allen. Her mother's family was German, and her father had English, Scots-Irish, and German ancestry. She attended Rochelle Township High School where she was voted most likely to succeed. Joining Chicago's famed Steppenwolf Theatre Company ensemble in 1977, she was one of the group's original members and starred in a number of its original productions. Her first major film credits included two critically-lauded supporting performances that showcased her versatility: a comedic turn in the suburban murder mystery Compromising Positions (1985) and a dramatic role as a blind woman befriended by a serial killer in Manhunter (1986). Around the same time, Allen was making a name for herself on the New York stage; she would eventually become one of the New York theater world's most honored actresses and a winner of every major prize for her work on Broadway and off. She received a Best Actress Tony Award in 1988 for her performance, opposite John Malkovich, in Lanford Wilson's Burn This and was Tony-nominated in the same category in 1989 for the title role in The Heidi Chronicles.Continuing her work in film as well, Allen received her first Academy Award nomination for her role as Pat Nixon in Oliver Stone's Nixon (1995), for which she also won awards from seven critics' associations, including the Los Angeles Film Critics Association and the National Society of Film Critics. Allen received her second consecutive Best Supporting Actress Oscar nomination for her role in Arthur Miller's The Crucible (1996). Subsequently, her work in The Ice Storm (1997), opposite Kevin Kline and Sigourney Weaver, and in Pleasantville (1998), opposite William H. Macy and Jeff Daniels, earned her high praise and several critics' awards; she also co-starred in the action blockbuster Face/Off (1997) opposite John Travolta and Nicolas Cage. For her starring role in The Contender (2000), Allen received Best Actress nominations at the Golden Globes, the Academy Awards, the SAG Awards, and the Independent Spirit Awards.Throughout the early 2000s Allen worked in both film and television, with roles in three of the Bourne films - The Bourne Supremacy (2004), The Bourne Ultimatum (2007), and The Bourne Legacy (2012) - as well as The Notebook (2004), The Upside of Anger (2005), and Death Race (2008). Allen also received Emmy nominations for The Mists of Avalon (2001) and for the title role in the biopic Georgia O'Keeffe (2009), for which she was also executive producer. She was also recently seen in HBO's drama series Luck (2011).Allen married actor Peter Friedman in 1990, and the two divorced in 2002; Allen's daughter Sadie was born in 1994.

Who Will Write Our History