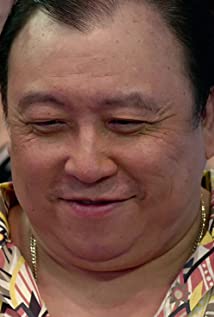 Wong Jing is one of Hong Kong's most prolific, talented and controversial filmmakers. His directorial style, at best, manages to combine commercial appeal and artistic aspects. Most of his films were among the biggest box office hits, partly due to possessing an amazing sense of what would play well. Some of his films have achieved groundbreaking success, artistically as well as financially.His films are so popular that in the mid to late '90s, Wong's movies accounted for as much as thirty percent of the total box office take in Hong Kong. Genre-wise, he's done comedy, drama, romance, action (including martial arts) and even erotica. He often combines genres. His screen-writing portfolio is impressive as there is so much scope in terms of plot, historical setting and quality.Even his credentials in the action movie genre are accomplished from films set in period China to a futuristic setting, whether it be a Chinese equivalent to Lord of the Rings, a Sci-Fi adventure that manages to be an adaptation of the famous computer game Street Fighter or a scathing satire on action films that also manages to pay tribute to films such as Reservoir Dogs, Invasion U.S.A. and Raw Deal.Ironically, regardless of his impressive list of credentials, there came a time when the one genre Wong Jing was most famous for (in the eyes of Western fans of Hong Kong cinema) was the erotic thriller. It became commonly associated with him due to him being the producer and screenwriter for Naked Killer - an exploitation film well known for combining scenes of action, dark humor, shocking violence and lesbianism.His true niche, however, can be found in the gambling genre (his favorite genre). He has, quite frankly created some of the best gambling scenes ever depicted on celluloid. His highest-grossing film in Hong Kong theaters was a gambling-themed genre-mixer (God of Gamblers Returns) starring Chow Yun-Fat (of Crouching Tiger, Hidden Dragon fame).Also known as The Return of the God of Gamblers, the film is still one of Hong Kong's top ten highest-grossing films. It had even made a lot more money than Jackie Chan's Drunken Master 2 (which was released in the same year - 1994). This is saying a lot since Drunken Master 2 is constantly referred to as Jackie's best film (the quality of the fight scenes have rarely been rivaled). It had people cheering and giving standing ovations in cinemas throughout Asia which led many to suggest that Drunken Master 2 is the pinnacle of his decorated and illustrious career. However, that didn't stop Jing from delivering a larger crowd-pleaser.His directorial debut was a gambling film. A multi-layered caper set in the early part of the twentieth century, Challenge of the Gamesters is a prequel to the popular Hong Kong TV mini-series The Shell Game (which Wong himself wrote, with his father Wong Tin-Lam handling the directing duties).Which brings us to Wong Jing's roots, he got his start in the entertainment industry early, since his father Wong Tin-Lam was a TV drama director and a renowned film director from the 1950s. It seemed inevitable that Jing would follow in his father's footsteps, but first Wong attended the Chinese University of Hong Kong, majoring in Chinese Literature.He was becoming disenchanted with university and was more interested in media art so he asked his father for permission to study film in England but his father said "just observe and you will learn the craft" and that is what he proceeded to do so he became a screenwriter by writing scripts for TV. In fact, he skipped class a lot to the extent that some of his professors said that they never saw him at all during the four years it took to earn his degree.He later said that the degree was worthless to him. Jing believed that he learned more about making movies and (perhaps more importantly) making money by cutting classes and hanging around studios, where he would get work as a director's assistant (basically a glorified errand boy) and writing scripts for his father's shows.As a devout fan of classical Cantonese cinema, Jing impressed many of the old-timers around the studios with his knowledge of movie trivia. Combined with his high work ethic and the ability to change scripts on the fly (a necessary skill in the fast-paced world of Hong Kong's entertainment industry), Wong had found his niche.By 1978, he made his entrance into the world of movies with his script Cunning Tendency before directing Challenge of the Gamesters in 1981. Both films were made for the Shaw Brothers film studio and were big hits but it wasn't until the late '80s where he began to show his commercial genius with Casino Raiders, which was a smash hit that actually began the gambling craze (that Wong was to capitalize on with the extremely popular God of Gamblers films).The one thing that Jing likes about making this genre of film is being able to direct the gambling duels at the end. Besides possessing a genuine interest in gambling, his main motivation fo

Colour of the Game

Once Upon A Time In Shanghai