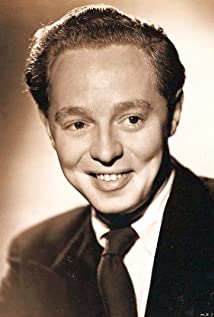 Good-natured British actor Jimmy Hanley was groomed by the Rank Studio system during his teen years and earned stardom as the "boy next door" type in exuberant musicals and likeable comedies. He married actress Dinah Sheridan in 1942 and they appeared together in a number of featherweight war-era films, including Salute John Citizen (1942) and For You Alone (1945). When Jimmy grew up he tried everything from Henry V (1944) with Laurence Olivier to The Huggetts film series. But radio and TV were his forte and it was those two mediums which revived his star in the late 50s, becoming a familiar face on a number of TV series, notably "Jim's Inn" co-starring second wife Maggie Hanley, which ran from 1957-1963. Jimmy died of cancer in 1970.

Satellite in the Sky

It Always Rains on Sunday